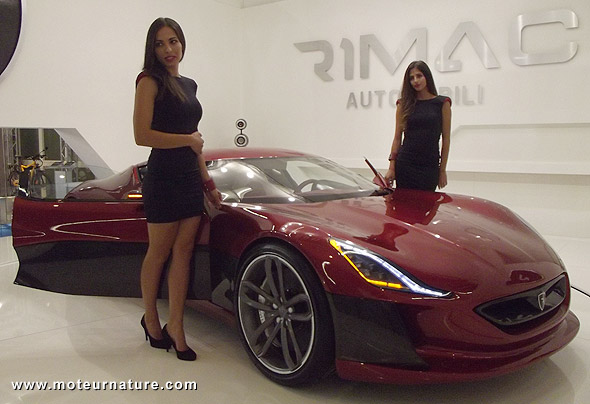 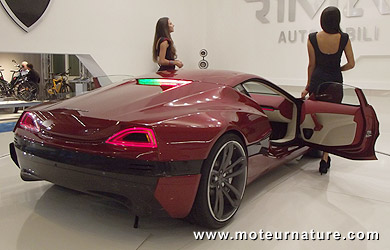 There are always surprises at large motor shows, one of them in Frankfurt was a new electric supercar. The car was looking appropriately impressive, being low and wide, inquiring about it, we were surprised not to be able to recognize the accent of our interlocutors. Where do these guys come from? It was quite a surprise to learn they’re from Croatia. We knew the Croatian coastline with its many islands as a yachting paradise, but we had never heard of a Croatian car company. That made us a bit suspicious. How can it be that people coming from nowhere, without any automotive background, suddenly show up with a car with Ferrari-like performance? That just sounds incredible, yet Mate Rimac has proven engineering skills. 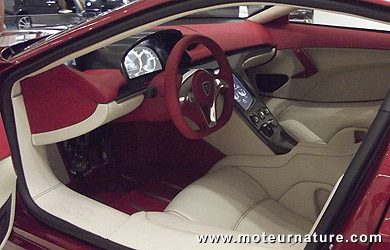 A very young man, Mate Rimac isn’t 25 yet. He started building his first electric garage in his garage (that sounds good). That was an old BMW 3-series which he converted to electric propulsion. That car proved so fast, he once raced it against a BMW M6. The fastest of all BMW cars (last year), powered by a 507-hp V10 engine. We bet the M6’s driver had the worst day of his life when he came second (watch it on Youtube). Next run was against American technology. Nikola Tesla is famous in Croatia. He was born there. Some opportunistic Americans stole his name to get instant brand recognition, but when a Tesla roadster raced against the Croatian electric car, the American car didn’t win (watch it on Youtube). Let’s add that Nikola Tesla was an inventor, nothing he did had been done before, whereas the Tesla roadster owes everything to the AC Propulsion Tzero. Look at this Rimac Concept One, this is one car Nikola Tesla would be proud of! 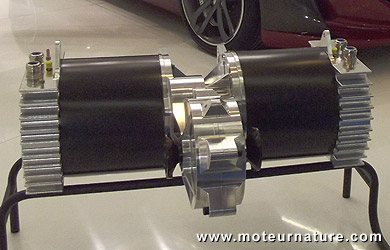 The Rimac Concept One hasn’t one but four electric motors. One per wheel, though they’re much too big to fit inside the wheels. It’s the same architecture Audi has chosen for its forthcoming R8 e-tron. Those motors give 200-kW each, making 1088-hp total. Performance is nothing short of incredible, with a 2.8-seconds time in the 0 to 62-mph exercise, and a top speed above 180-mph. Range should be 366-miles thanks to a huge 92-kWh battery pack, which makes nearly half the weight of the car. Built with a carbon-fiber body over an aluminium frame, the Rimac should weigh 3640 pounds, which would be very, very low for such a car. We believe the production model will gain some weight. 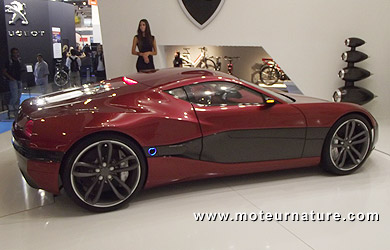 Mate Rimac hopes to complete his car’s development next year, before starting deliveries in early 2013. This will be a very high price, very low volume car. The plan is to make only 88 of them. That sounds small, but that would be pretty big for Croatia, which needs success-stories like this one. That country has good engineers, and they don’t require paychecks as big as Americans or Germans would ask. Business regulations are quite low by western world’s standards and real estate around Zagreb is affordable to build a factory. If Mate Rimac proves to be as good a manager as he is an engineer, his company has a bright future.

Short video below, the Rimac Concept One at the Frankfurt motor show.

One thought on “The Rimac Concept One electric supercar, when Croats legitimately want to outdo Tesla Motors”