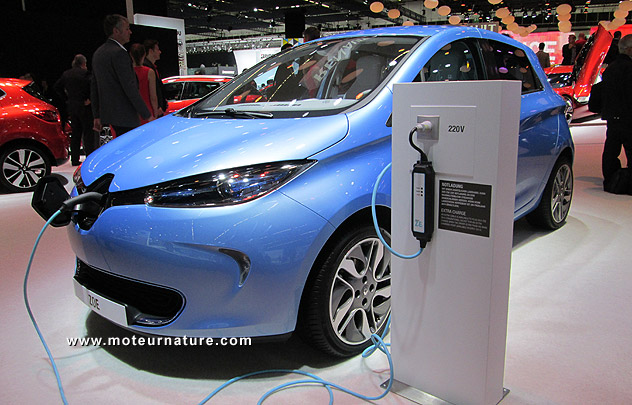 The Renault Zoe has received harsh critics in France, because it cannot plug into a conventional wall socket. Buyers need to buy a wallbox, and have it installed at their home by a professional electrician. This calls for several hundreds euros extra, and that’s a deal-breaker for many people in France, where millions have electric heating. In a country which is world leader in nuclear energy, the government has said for decades that electricity will always be cheap and abundant.

It’s not very true, and the strength of the French grid is much exaggerated, but it’s a fact that the average French doesn’t understand why some special home equipment is needed to charge an electric car. Many journalists complained about it (none from our team!), and Renault had to do something about it. It unveiled its solution at the Frankfurt motor show.

A technical change was needed because the Cameleon charger in the Zoe is a very smart unit, which theoretically accepts all charging from from a low 2.3-kW to a strong 43-kW. In the real world, the system’s inertia prevents it from running fine below at least 3.7-kW. Something had to be done, and Renault has chosen to add another charger, a very small, low power unit, which will enable the Zoe to charge from a conventional wall socket at 2.3-kW (230V 10A). This will be very slow charging, but to someone who only charges during nighttime, it will be appropriate.

The Zoe should appear with that new second charger in early 2014.