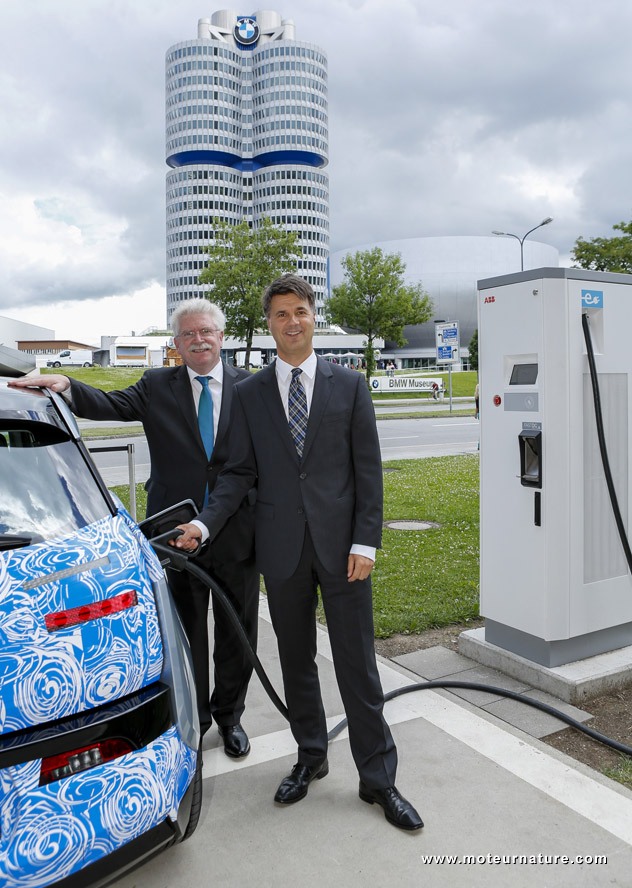 The BMW i3 hasn’t been unveiled yet, so it was a prototype which BMW brought to launch a charging station at its famous museum: BMW Welt (BMW’s world). There were a few fast chargers in Bavaria already, but this is the new technology with the latest CCS plug (Combined Charging System or Combo). It’s the fastest charger in Bavaria, and BMW says that in its upcoming i3 model, it will give 80 miles of range with 30 minutes of charging. Frankly, we were expecting more from BMW. Tesla’s chargers are much faster.

After Volkswagen installed the first public CCS charger, this new station shows that the new plug is growing fast in Germany. ABB was once again the supplier. This first charger was installed quite fast, assuredly to show that Volkswagen is not alone in supporting the new standard, and a second plug is expected quite soon at the same location.