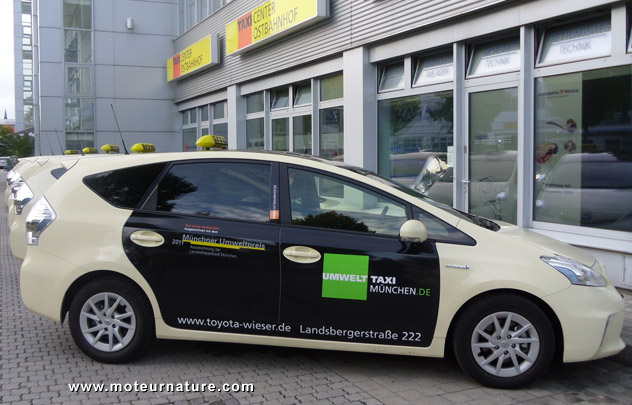 The Ostbahnhof taxi center (TCO) in Munich, has received the National Energy Globe Award Germany from the Energy Globe Foundation. The company’s merit lies in the choice of the hybrid Toyoya Prius as its main vehicle for its fleet. TCO has 52 cars, with 48 of them Prius (some being Prius v models). The company also owns an Opel Ampera (the European sister model to the Chevrolet Volt) which is always recharged with green electricity. 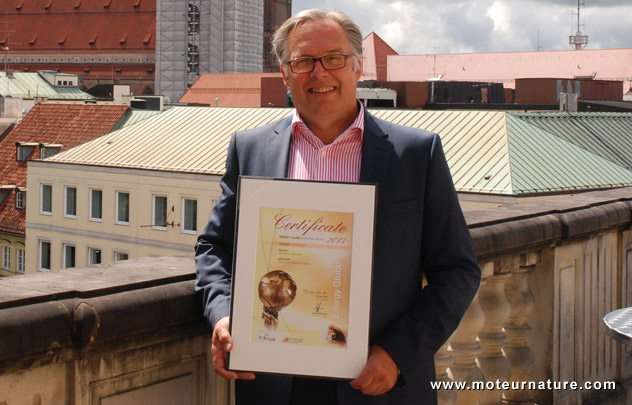 Thanks to the low CO2 emissions of its fleet, TCO got an award, but the hybrid car choice also made great financial sense. Before the hybrids, the company was running diesel cars which averaged 24 mpg. Fuel economy went up to 40 mpg with the hybrids! The Prius great reliability was also much appreciated as the cars are nearly always on the road. 150 drivers are taking turns driving the fleet of 52 cars.