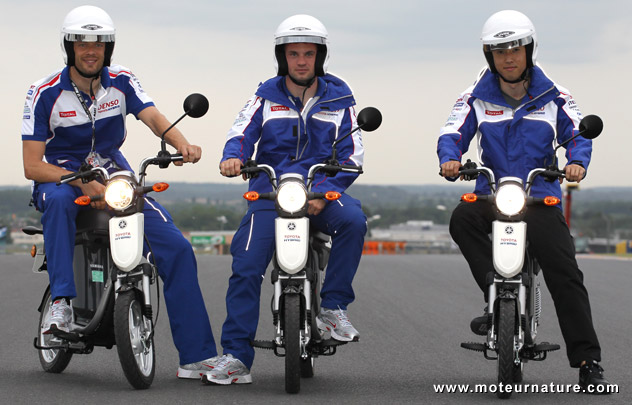 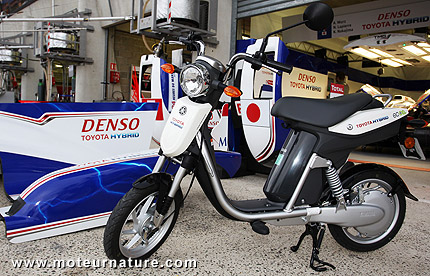 For a race driver, it’s always better to work for a large car manufacturer, because besides a paycheck, he will get several advantages, like a company car. There will be something more for the upcoming 24 Hours of Le Mans: electric mopeds. They’re from Yamaha, a long time partner of Toyota, which will provide a fleet of 16 Yamaha EC-03 to the team. Those small 2-wheelers will be the least powerful vehicles in the pits, but they’re perfectly silent, and probably also relaxing after the sound and fury of a race car. Race drivers will be able to use them to go the restaurant, but will they enjoy them?

The Yamaha EC-03 is a strictly urban vehicle, and a poor performer by any standard. Peak motor output is a modest 1400 watts, continuous power is only 580 watts. The Yamaha EC-03 is well-built and comes with a pretty slick design. It can appeal to some urban dwellers, but to a race driver? That would be a first, but at the very least, it’s worth trying.