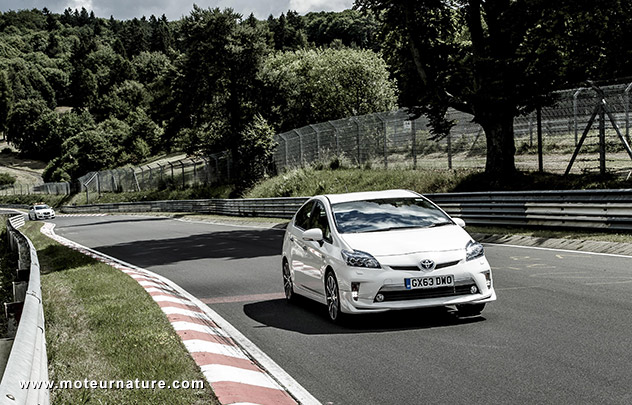 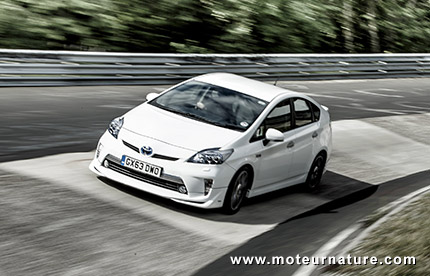 A British journalist had a great idea: to drive a plug-in Prius on the mighty Nurburgring racetrack. The track is 12.9 miles long, so it seemed possible to drive one whole lap on battery power, but that failed. The Nurburgring isn’t a flat track. It’s going up and down all the way, and on one occasion, only for a few seconds, the gas engine started itself. It may have been possible to slow down, but that would have disqualified the car, since it is forbidden to drive below 37 mph there. For safety reasons, the track owners don’t accept cars which are too slow, next to the usually very fast traffic.

Indeed, the plug-in Prius was awfully slow. It covered one lap in 20 minutes and 59 seconds. To put this into perspective, a new BMW M4, a car whose development was partly made there, needs less than 8 minutes to drive the same lap. Let’s hope the next plug-in Prius has a larger battery so that it can one lap on electricity alone. Only this would excuse its very slow speed.