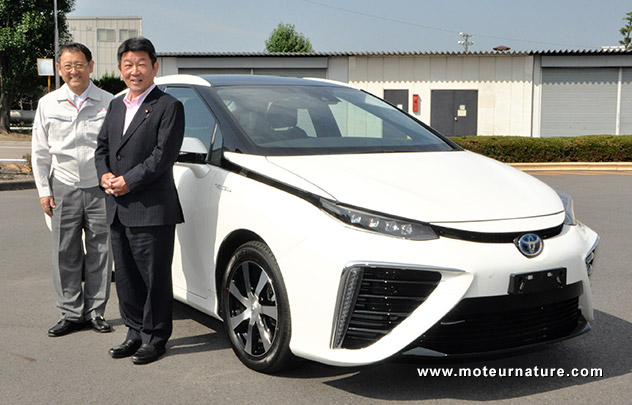 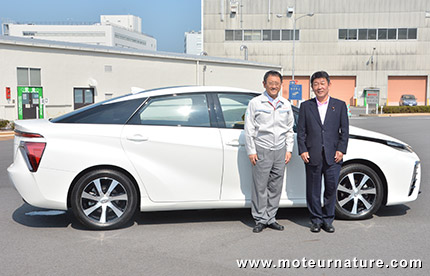 In Toyota City, Akio Toyoda, Toyota’s CEO (left), introduced its fuel cell vehicle to Toshimitsu Motegi, the Japanese minister of Economy, Trade and Industry (right). The minister enjoyed a short test test-drive, he also refilled the car, with hydrogen. This is a process which is hardly different from a gas car. As the gaseous fuel must be kept under pressure, there’s a lock to seal the nozzle to the car, but that’s the kind of thing which becomes totally natural after doing it a few times, and otherwise refilling time is similar to gasoline.

The Toyota FCV will be launched in Japan next Spring, and it will be available in Europe and in the USA in the following summer, everywhere where hydrogen is available. When it comes to this, a hydrogen station is opening this month in Vienna (Austria). Other cities are opening stations all other the world. 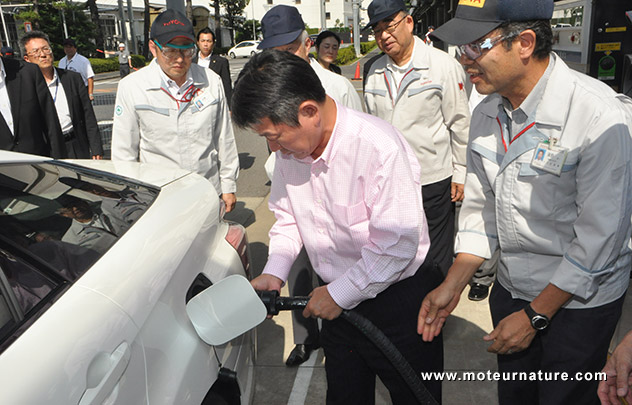