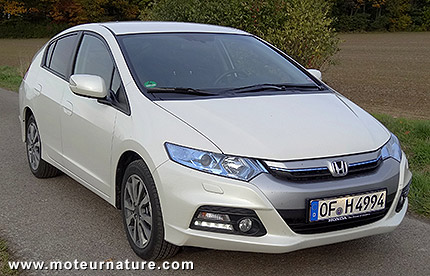 Hybrid sales will always be on the rise, and there will be more and more hybrids available to all drivers. This is what most people thought, but not what Europeans wanted. Honda will stop selling hybrids in Europe. The Jazz (known as the Fit in America) hybrid may continue, but the Insight and the CR-Z, models that are only available as hybrids, will go. The very simple reason behind this business decision is that very few people in Europe were buying them. I was at the Insight launch event in Valencia in 2009, and I kinda like the way the car looked and drove, but it was a bit slow. Company car drivers who would have liked the economy didn’t like it because of the modest performance, and families didn’t like it either because of the very limited headroom on the back. So sales have always been poor, and there were only decreasing.

The little CR-Z wasn’t more successful. A two-seater sports car, it wasn’t fast enough for true enthusiasts, but a bit too much for greenies, so neither group gave it a thumbs up. The executioner though, was another member of the Honda family, the Civic with the new 1.6-liter diesel. That car was faster than an Insight, roomier too, and with even better fuel economy. Thousands of European buyers were quick to order one, and that put the Insight on death row.

So, it’s a sad day for hybrid fans, but nobody should blame Honda for focusing on cars drivers want to buy. And there’s no doubt the hybrid will be back. The diesel only won one battle.