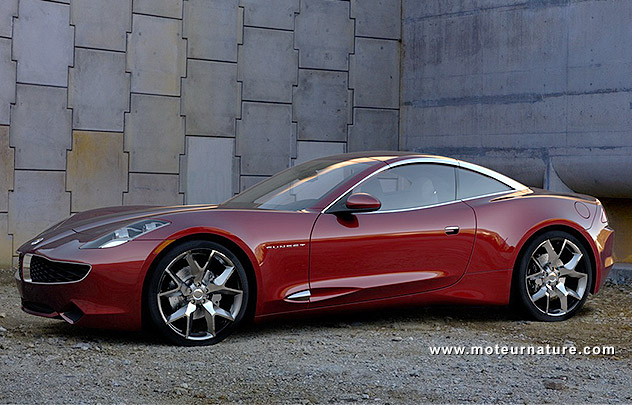 It’s a done deal! Fisker is less than ten years old, but the company’s already having a new start. Fisker Automotive couldn’t pay its creditors last year, so it had to go through a bankruptcy process which ended yesterday. The court approved the sale of Fisker’s assets to the highest bidder: Chinese Wanxiang group.

Few people know the Wanxiang group outside China, but it’s a very large auto supplier, manufacturing everything a car maker needs, up to solar photovoltaic cells. Wanxiang is headquartered in Hangzhou City, where it built the local fleet of electric buses. So, what is it going to do with Fisker?

Since there wasn’t a press release, the following is speculative, with the only sure thing being that relaunching Fisker will be hugely difficult. There are many projects, like the superb two-door concept shown above, but the market has changed. The timing was perfect when Fisker launched the Karma sedan. There wasn’t a single competitor back then, but today there are two. The Porsche Panamera S E-Hybrid and the Mercedes S500 plug-in hybrid. Both are engineering marvels, and both are notably faster than the Karma. Both also have fantastic build quality. The Panamera was restyled last year, and it’s now really perfect in absolutely every little detail. The Karma is far from being at the same level. It will be hard for a start-up to compete with companies recognized as the leaders of the industry, so my best guess is that Fisker should avoid direct competition.

If Fisker is to compete against someone, it has to be Tesla Motors. The Model S has great performance but mundane styling, and a lackluster interior. The Fisker Karma was a great looking car. If Wanxiang can turn it into a battery-electric EV (I know prototypes have already been built), it will be the best looking EV on the planet, and it will have the market of high end electric cars all for itself. I hope that’s what the Chinese will do. Who wouldn’t like a sharp all electric coupe?

It’s a safe bet at least, that Wanxiang already has a solid business plan for Fisker. They paid $149.2 million for it. That is a lot of money for a company which has sold less than 2,000 cars in its entire lifetime.