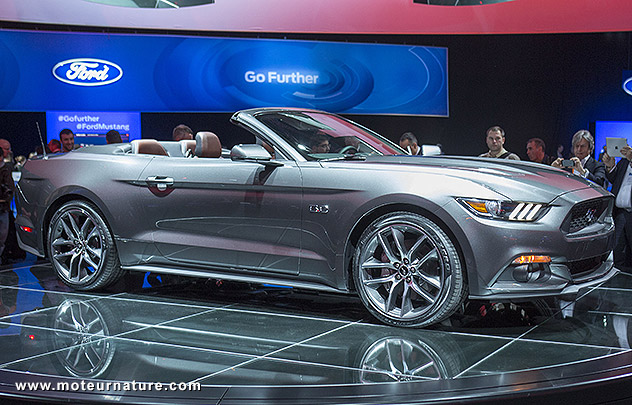 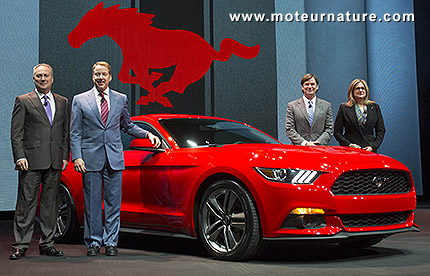 The Ford Mustang is an American icon, no doubt about that, but for the first time since the seventies, Ford has decided to go global with it. The Mustang will now be sold worldwide, and to prove it right from the start, this new generation has been unveiled simultaneously in five different locations around the world. Bill Ford was the Barcelona event, the chosen city for Europe, no matter that Mustang sales in Spain will always be minimal.

Lower and sleeker than ever before, the new Mustang is also more modern underneath with independent rear suspension (at last!), and another big news is a new four-cylinder engine under the hood. If it’s a shock to Mustang loyalists, it means they haven’t kept up with the times. The BMW 428i and the latest Volkswagen Golf R both have inline fours and they’re pretty fast cars. 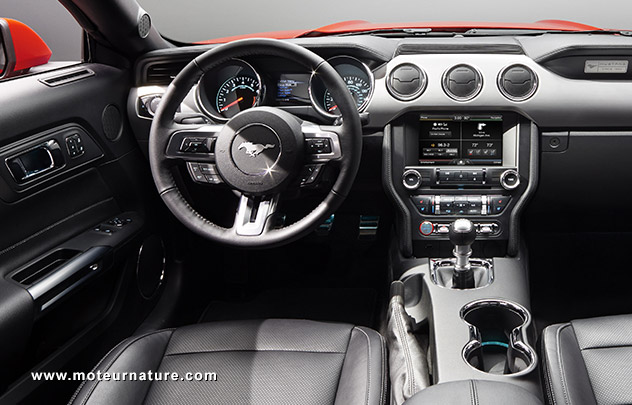 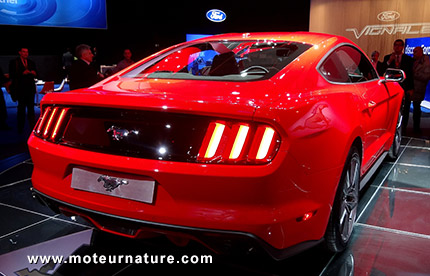 The error would have been to use a low tech four like Ford did in the 80’s. The latest EcoBoost engine is a solid performer, with more than 300 hp and 300 lb-ft of torque (Ford hasn’t revealed the exact figures, yet). Enthusiasts shall read less weight over the front wheels, with vastly improved fuel economy in city driving, while the turbo will make the Mustang fast on the open road. Best of both worlds? We’ll find that out in Spring, when the new Mustang is available.