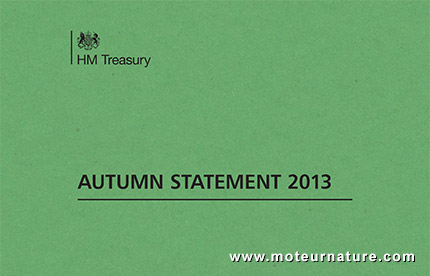 U.K. Chancellor George Osborne has unveiled a new strategy for LPG. This is ten-year roadmap with the clear goal of making this fuel less attractive to drivers. It’s a smart move because LPG has been resting much too long on its past laurels. Sure, LPG was great forty years ago, but now that gas is lead-free, diesel fuel sulfur-free and that all cars have very sophisticated (and very effective) depollution systems, there’s hardly any difference left between the emissions of a car running on gas or LPG. Some Japanese cars have already been tested in France, and they had higher toxic emissions with LPG than on gas (more NOx), but that shouldn’t be a surprise. Engineers have been working so hard to make cars cleaner for so many years!

There’s nothing to gain from using LPG and it’s about time legislation notices it. In most of Europe, LPG gets a much lower duty than the other automotive fuels, this is what’s about to change in the UK. The duty on LPG will rise by one pence per liter each year, from next year up to 2024. Let’s just hope other countries will follow this trend. The car of the future doesn’t run on fossil hydrocarbons.

See p.92 of the Chancellor’s Autumn Statement to get all the details.