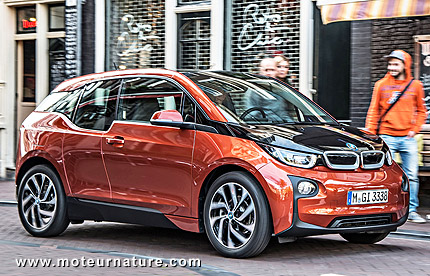 The DAT, the German company which calculate resale values of all cars, has been working on electric cars for several years now. It has just revealed the residuals for the BMW i3, which is launching next month in Germany, and they’re above all the competition. The DAT estimates that after three years, an used BMW i3 will retain 53.1% of its value. The model fitted with a range extender (a small bi-cylinder gas engine) won’t be as good, going down to 51.3% after three years. But that’s still better than anything else with an electric propulsion and a plug.

At the same age, an Opel Ampera’s value goes down to 47.5% while a Nissan Leaf only retains 47.2% of its price when new. The worse is the Renault Zoé, because nobody can estimate its residual since Renault doesn’t sell its battery. Owners have to pay the rent forever. So the electric BMW is the best, and that sounds quite logical. Gas or diesel, BMW cars have always had good residuals in Europe. This won’t change with EVs.