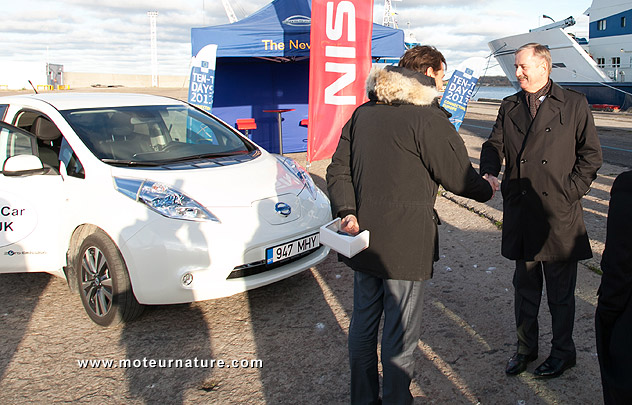 The U.K. is about to get a nationwide EV fast-charging network on its motorways. This project, Rapid Charge Network (RCN) is backed by the European Union and lead by Nissan, but the Japanese company isn’t alone in this venture. Renault and Volkswagen are right behind. They have to because they use different charging standards, and the goal here is to have a charging network which could be used by any EV. So it’ll get chargers with three plugs. A Chademo connector for Nissan electrics (DC 44kW), a Combo plug for the German cars (DC 44 kW), and an AC 43 kW plug for Renault EVs (the Zoe today, the other models from the Renault range a bit later).

74 charging stations will be built, five in major seaports and five in international airports, with the rest on the motorways which link them and the largest cities. With the modest size of the British Isles, those 74 stations will be enough to enable nation-wide EV driving. Exactly what British EV drivers needed! Nissan will fund part of this network, and European funds will also help, but the most important is assuredly that this network will be multi-standard. We guess this was a request from the European Commission, and we note that this RCN project was presented at the Trans European Transport Network (TEN-T) event in Tallinn, Estonia, which was hosted by European Commission Vice President Siim Kallas (our picture).