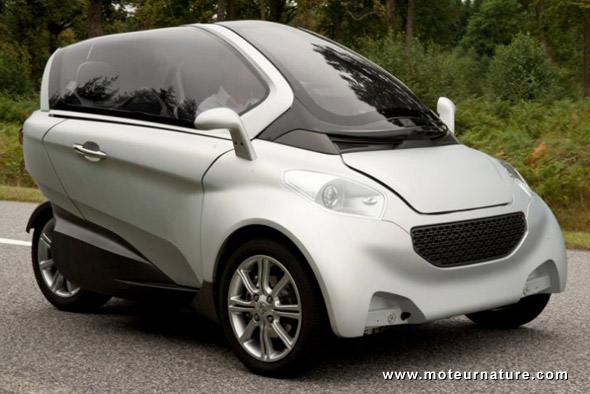 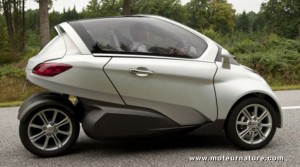 There were several concepts of small urban electric vehicles at the Frankfurt show (I wrote about them here), but this Vélv (Véhicule électrique Léger de Ville, French for light city electric vehicle) isn’t intended to compete with them. Show cars have a lot of design work behind them. Obviously, this isn’t the case here. More intriguing, this little vehicle doesn’t wear any badge. It comes from PSA, the French group which owns both the Citroën and Peugeot brands, but the Vélv doesn’t have any logo from one brand or the other. So this isn’t a show-car, it’s technical demonstrator. 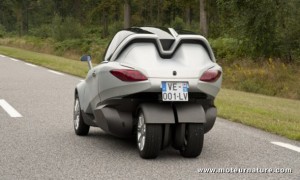 Another strong point is that this Vélv is the result of collaborative work between several French companies. Leroy Somer, GKN, Valeo Johnson Controls-Saft (before they break-up), Leoni, and Michelin all worked together on this prototype. It’s powered by 2 small in-wheel motors, making 10-kW each, with electricity stored in a 8.5-kWh lithium-ion battery. Top speed is 68-mph with a 62-miles range (not at that speed). There isn’t the slightest chance that this Vélv may enter production, but it should help engineers from all mentioned companies designing better EVs, sometimes.

The most promising feature is an electric heater, from Valeo, which is said to be very efficient. But when it comes to announce a date about when we shall see it in a production model, this is everybody’s guess.