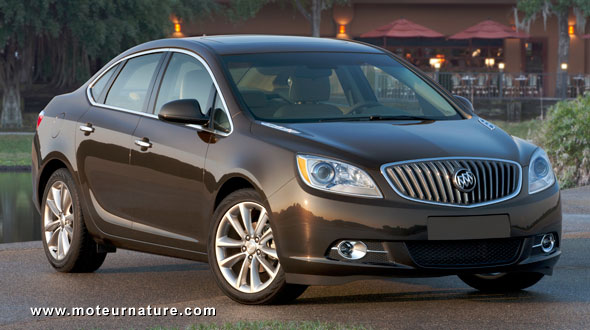 Buick has been on downward slide for many years, and it’s only very recently that the venerable brand seemed to pick up some steam again. Not with hybrids nor electrics, but European engineering. The Buick Regal launched a few months ago was introduced as the Opel Insignia in Europe in late 2009. Many journalists were so enthusiastic about it that they gave it the Car of the Year title. Not surprisingly, the car was also praised by the American press, explaining that this new Regal is the best Buick the brand has made for decades.

Now, Buick’s trying to do it again with the Opel Astra (pictured below), which has been launched today in Detroit as the Buick Verano (pictured above). 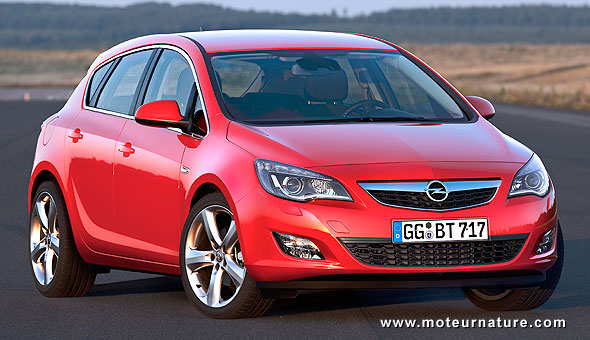 The front end is all different, as is the back since the Buick is a sedan when the Opel is a hatchback, but underneath this is the same car, which Buick introduces as a compact. The first thing to say is that it’s not that small. If you’re old enough to remember the Skylark from the early eighties, you’ll be pleased to learn that this Verano is 3-inches longer. The European Astra is shorter. 174 versus 184 inches since it’s a hatchback. That bodystyle is making it less space efficient, but I suppose it doesn’t matter much in America.

The Opel Astra I drove had a 1.7-liter diesel. Not a very nice engine, but I won’t talk about it as it won’t be offered on the American market. I’d rather talk about the ride which was truly good. The Astra is a very comfortable car, all body movements are well controlled. I could have wished for a sportier character but it will suit the Buick brand perfectly. I also appreciated the general quality feel of the car, from its supple ride to the quietness inside with beautiful furnishings. And the Buick version is said to be even better.

So the biggest question will not be about the car, but about its customers. The time when Buick was a highly-regarded brand name is long gone. Save in China. But in America, few young folks would consider a Buick. I can assure them that in Europe, most people look at an Opel very much the same way they look at a Volkswagen.

The Verano doesn’t have any particularly green technology. It’s not an hybrid, but it’s considerably more modern, and more efficient than Buicks from the past. This enough should make it worth considering.

One thought on “I’ve driven the Buick Verano’s cousin, the European Opel Astra”