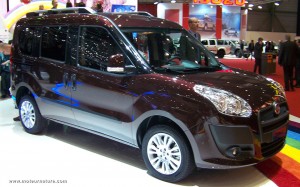 Fiat is the sales leader in Europe when it comes to cars running on compressed natural gas (CNG). It offers several models with the choice of a CNG engine, and most important, there are strong financial incentives to drive CNG cars in Italy. Still, not everybody’s happy as engines running on CNG are substantially less powerful than when running on gasoline. And no driver can ignore the difference as all Fiat CNG’s cars are bivalent, running on gasoline, or CNG, with the switch of a button on the dashboard.

Natural gas has a very high octane rating, but its combustion properties are quite different from gasoline, and it’s actually quite tricky to make an engine runs as well with both fuels. That on a normally aspirated engine, all changes with turbocharging. That’s what Fiat has done. It’s new CNG engine is the same 1.4 liter inline-four as before, but with turbocharging and a sophisticated natural gas injection, horsepower jumps from 70 to 120, with a much better torque curve. 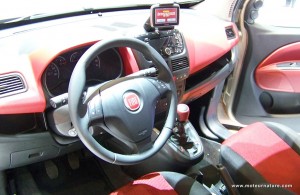 This new engine was shown in the Doblo, a small van or a maxi station-wagon depending on the way you see it, at the recent Geneva motorshow. The Doblo is a kind of vehicle that is very popular in Europe. It’s quite compact on the outside, with exterior dimensions pretty close to a Prius, but huge inside, with as much space a monstrous Chevy Suburban. These vehicles are work trucks you’ll see all over Europe. This is the second generation of the Doblo, introduced earlier this year at the Brussels motorshow, and it will come to the US as a Dodge sometimes next year. There’s no word yet about CNG engines going to America, but in Europe this new engine gives it a much needed boost.

The Doblo with CNG has a tank which contains 16,2 kg of natural gas, giving it an range of 200 miles. There’s also a small 22-liter gasoline tank to help filling the gap where there are no CNG stations around. It will be available in Europe in the following weeks making drivers happy since natural gas is much cheaper than petrol. Of course, the main benefits are for the environment, with lower CO2 emissions and much cleaner overall combustion.

One thought on “In the Doblo, Fiat turbocharges its engine running on natural gas”