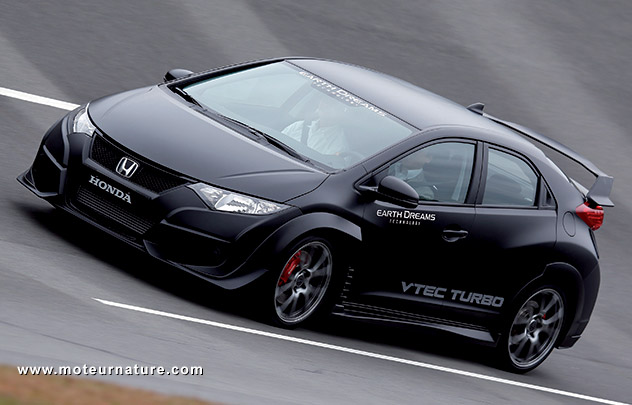 Anyone to remember that Honda once was a pioneer in turbocharged engines development? In 1982, the Honda CX500 Turbo was the first ever production turbocharged motorbike. It didn’t convince many customers though. Its career was short, and 30 years later, it still doesn’t have a successor. Cars are different. Most German cars are turbocharged nowadays. An Audi TT or a BMW 5-series can’t be bought without a turbo. It comes standard.

The Japanese manufacturers haven’t followed that trend when the Germans started it, maybe because they were nostalgic, like many drivers. The little CRX VTEC was the first production car to break the 100 hp per liter barrier 25 years ago, and yet it remained perfectly reliable. Then, the Honda S2000 achieved 120 hp per liter ten years later, but the the next Civic Type R will get a turbocharged 2-liter engine. 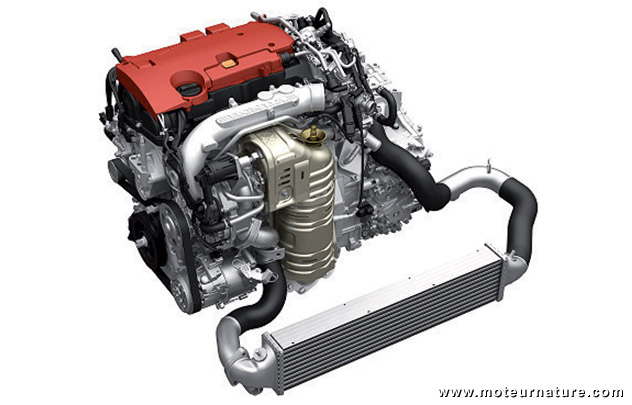 This new model is not expected before 2015, but Honda already reveals that its new engine will make over 280 hp. Running gear will be at this high level, with Gabriele Tarquini (official Honda driver in WTCC) tuning the car at the Nurburgring. The best part may be that this Civic Type R should be more fuel efficient than ever before. With the added power, that should get everybody convinced with turbocharging.