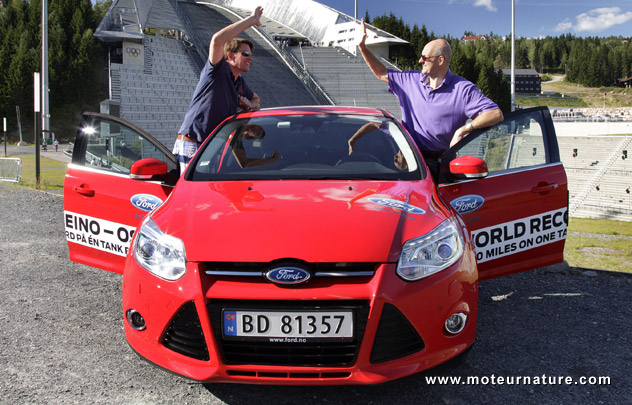 Drivers looking to set a range record usually do it with a diesel, or an electric, but Knut Wilthil (left) and Henrik Borchgrevink (right) chose a very straightforward gas car: a Ford Focus. With a gas engine, but not any gas engine, with the 125-hp EcoBoost. That little one-liter turbocharged 3-cylinder has been specifically engineered for low fuel consumption, and the two Norwegians put it to the test.

They drove exactly 1619 km, that’s 1006 miles, on a single tank. 71 mpg at an average speed of 38 mph. Quite slow, with the whole trip taking 28 hours but still remarkable for a standard gas car. A diesel or hybrid would have been only marginally better while costing more. That’s the beauty of the Focus EcoBoost, its high-tech engine comes with a 6-speed manual and a Stop & Start system, but this is still a very affordable compact.

This segment used to be dominated by diesel engines all over Europe, the EcoBoost engine is changing that. Sales are up, and Ford has recently announced it has already manufactured more than two millions EcoBoost engines. It will need to build much more! 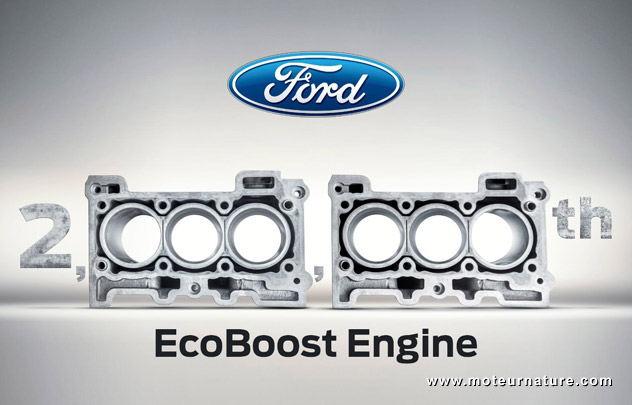