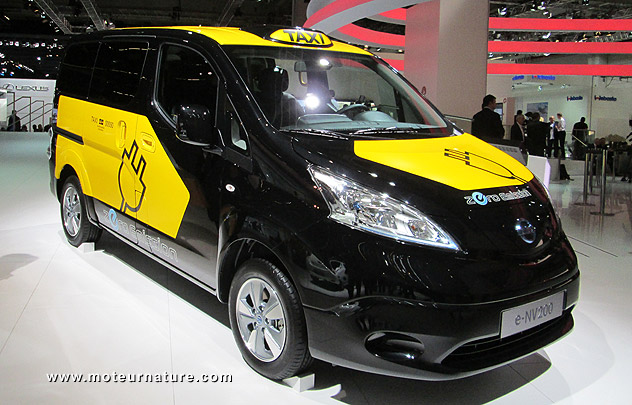 There was a black and yellow Nissan e-NV200 at the Frankfurt motor show. The paint job was unusual for a show car but this was a taxi. Several cities have already hinted they may get electric taxicabs sometimes, but the Spanish city of Barcelona is the first to commit officially to their implementation as publicly accessible transport. New York and other cities shall follow, but Barcelona will be first for the excellent reason that the e-NV200 will be built there.

The factory required a €100 million investment, and unlike the Leaf, it will be the only one in the world to manufacture the electric van, which shall be exported worldwide.

The Mayor of Barcelona has highlighted the agreement with Nissan as “a step forward to reinforce the role of Barcelona as a leading city in zero-emission taxis and urban goods distribution”. The agreement extends to charging stations, with Nissan expected to install fast Chademo chargers in the city. We understand that they should not be restricted to taxi drivers. Then, the Spanish city will also make the headlines in November, when it hosts the EVS27 event.