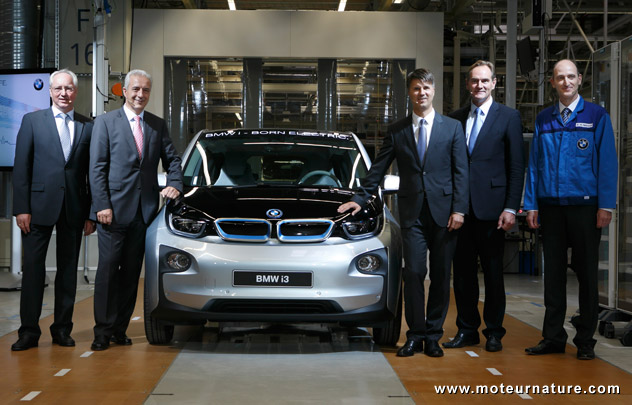 As the first production electric car from BMW, the i3 raises everybody’s attention, but it’s also the first car with a carbon fiber body built in volume at a somewhat affordable price (€34,950 in Germany, $41,350 in the U.S.). The i3 also calls for attention because of its quirky design, and it was one of the stars of the Frankfurt motor show. The manufacturer is taking orders there, as well as in all German dealerships, and the car has entered regular production in Leipzig to fulfill them.

From unofficial sources, BMW already has more than 2,000 orders but the company doesn’t reveal any info about its sales objectives. Everybody agrees that it’s much easier to make forecasts for the X5 SUV! No doubt all analysts will watch closely the i3 sales figures, but for now there’s good hope the car got off to a good start.