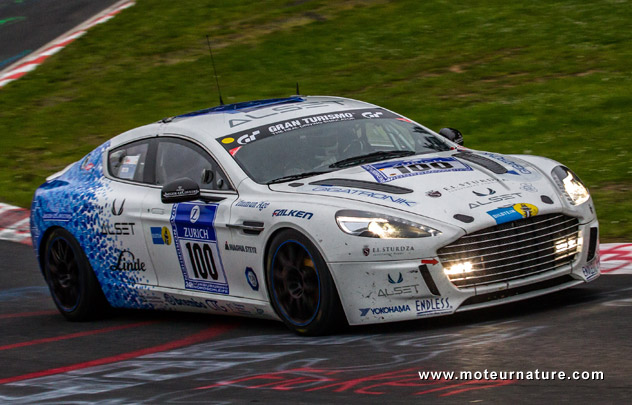 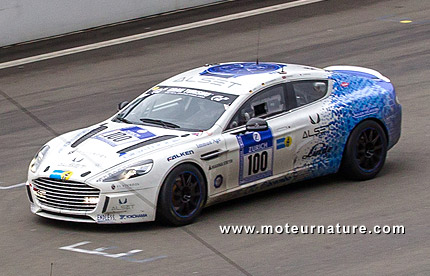 On the legendary Nurburgring race track, the 24-hour endurance race is always the biggest event, drawing more than 100 cars every year. The race was especially tough this year, with terrible weather conditions. It just got so foggy that the race had to be stopped for several hours. Then there was so much rain, that many cars couldn’t stay on the track, including the leading Aston Martin. That car still managed to finish in tenth position, but this article’ subject is about a slower car, the Aston Martin Rapide which had been converted to run on hydrogen. 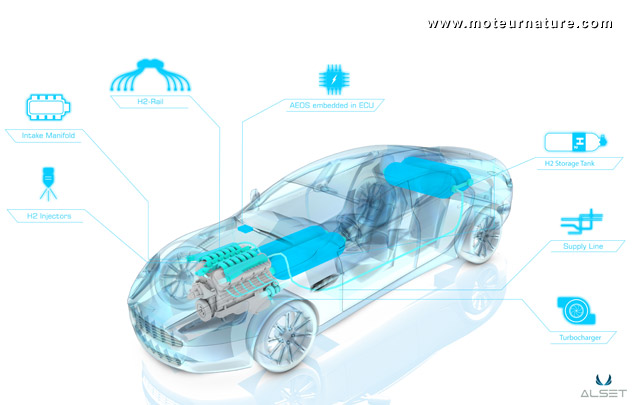 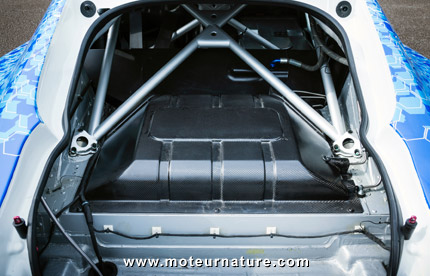 This car was built to commemorate the centenary of the British brand (along the superb CC100 concept), and it’s much slower than the Aston Martin which led the race, and which was a pure race car. This one started life as a road car, much modified for racing, with the biggest modification in its ability to run with two different fuels: gasoline or hydrogen. The car has a 100-liter normal fuel tank, and four gas cylinders to store 3.2 kg of hydrogen. It works as well with either fuel, but gasoline gives much more range. With its big six-liter V12, the Aston Martin cannot do more than 40 km on hydrogen. Since that allowed it to make more than one lap, that was deemed enough. The car made its first lap at the Nurburgring on hydrogen, and it didn’t need to do anything more to enter history. Then the best was that after that CO2-emission free lap, the car kept on running, switching automatically to gasoline. 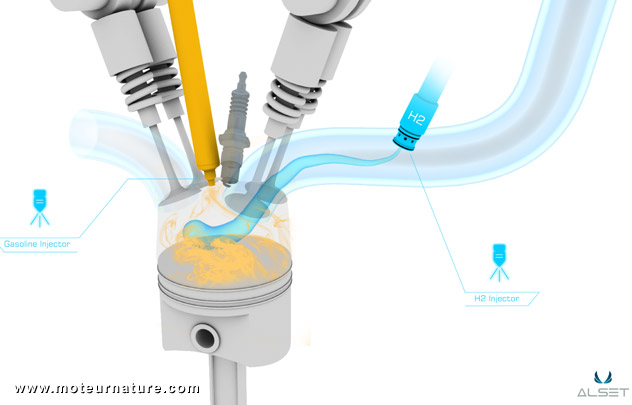 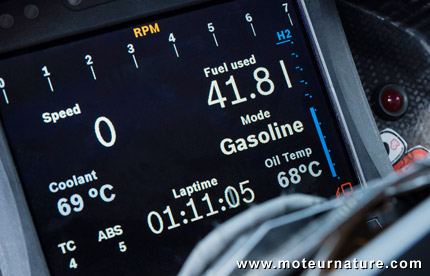 At a quick glance, the system looks like a LPG kit. The V12 engine has direct fuel injection, with an indirect port-injection added for hydrogen. The system’s centerpiece is the engine’s electronic control unit which manages seamless transition between the two fuels. A closer examination will reveal a lot of other changes. That’s because hydrogen is drier than gasoline, so valves had to receive a specific coating, and it has a lower energy density, so pistons had to redesigned to allow a higher compression ratio. 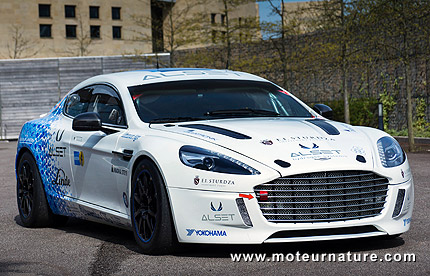 This dual fuel set-up, gasoline and hydrogen, doesn’t come from Aston Martin, it comes from a small Austrian engineering company, Alset. I guess it hopes someday to sign a partnership with a large car manufacturer, and to put dual fuel cars in regular production. Hydrogen burning can give any car the ability to run without CO2 emission, while keeping gasoline drivability. The technology works as the Aston Martin Rapide #100 has shown at the Nurburgring, and the bivalence seems much appropriate, with so few hydrogen stations around.

It’s unlikely Aston Martin will be the first manufacturer to sell gasoline/hydrogen cars, but we shall hope a more mainstream car maker will be interested.