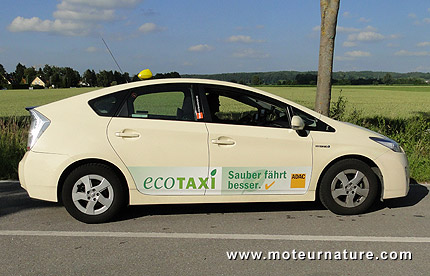 German magazine Auto Bild did something unusual in its 20th January edition. Instead of writing about cars for private use, it went looking for the best car to use as a taxicab. The choice is wide for German taxi drivers. The obvious choice is a diesel Mercedes, which has been the most popular taxicab for decades, but some cabbies now are driving Volkswagen Tourans (a minivan) running on natural gas (CNG). Thanks to cheap CNG, this is an option every cab-driver has to consider in Germany, providing there are stations to refill in the area, and they aren’t everywhere. With that in mind, the journalists didn’t try to find that best car by themselves, they interviewed several taxi-drivers to find out what mattered to them, and what trouble they had with the cars they’ve chosen.

One driver had a Dacia Logan MCV, a Romanian car. He had 2 leaks at his radiator, but there were the only troubles he encountered in 185,000 miles. Not bad for a car he paid less than $20,000. His only complaints are uncomfortable seats and the lack of an automatic transmission. With its smooth hybrid drivetrain, the Toyota Prius is much better in that area, and overall reliability has proven to be among the very best. Some taxi drivers who have a Prius have had a faulty water pump, some others had a problem with the air conditioning compressor, but one drove 184,000 miles without any kind of failure. If you add excellent fuel economy and low CO2 emissions, the Prius won Auto Bild’s title of the best car on the market to use as a taxicab in Germany.