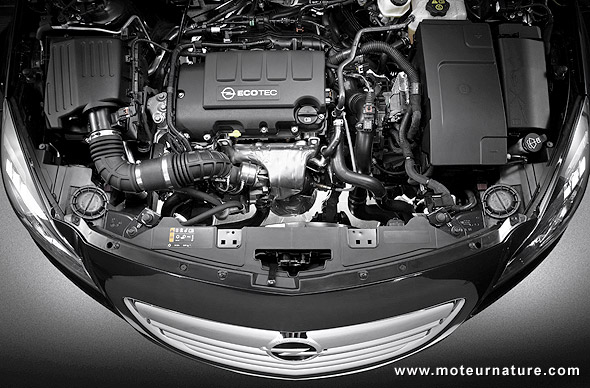 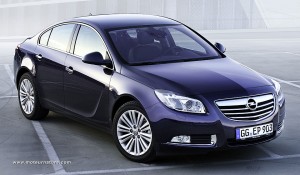 Regal is an old name at Buick, but today’s Regal is a very modern car. It started as the Opel Insignia 2 years ago, with such acclaim that it won the European Car of the Year title. As all its competitors, it mostly sells with diesels in Europe. Since this kind of engine isn’t popular in America, Buick chose to import it with a choice of 4-cylinders. A 2.4-liter making 182-hp, or a turbocharged 2.0-liter making 220-hp. Europe has a much larger choice of engines, going all the way up to a 325-hp V6 in the high-performance Insignia OPC, but today’s news are about a new base engine.

A very small 1.4-liter 138-hp turbocharged 4-cylinder. Americans already know this engine, it’s the performance choice in the Chevrolet Cruze. Many people would think that it’s too small for a sedan the size of the Insignia, I disagree. The Regal has some kind of a luxury flavor in America, thanks to the Buick name and more standard equipment than the Opel, but the Insignia is nothing else than a comfortable family sedan in Europe. The top version is fast, but very few people buy it. People buying family cars do not drive fast, so I guess this new little engine should suit them well.

The best argument will be its fuel economy, and accordingly low CO2 emissions. With low-resistance tires, a 6-speed manual transmission, a Stop & Start system and an electric power steering (which requires less energy than an hydraulic system), the Insignia got a 41-mpg combined rating on the European test cycle. Compared to the 2.0-liter 220-hp with an automatic rated at 26-mpg, there’s a real advantage to downsize. Accelerating 0-to 62-mph requires 10.9 seconds with the new small engine, when the 220-hp Insignia only need 7.8 seconds.

Would many Americans be willing to trade 3-seconds in the 0 to 62-mph exercise for 50% better fuel economy? I wonder…

One thought on “The European Opel Insignia gets a downsized engine, will the Buick Regal follow?”