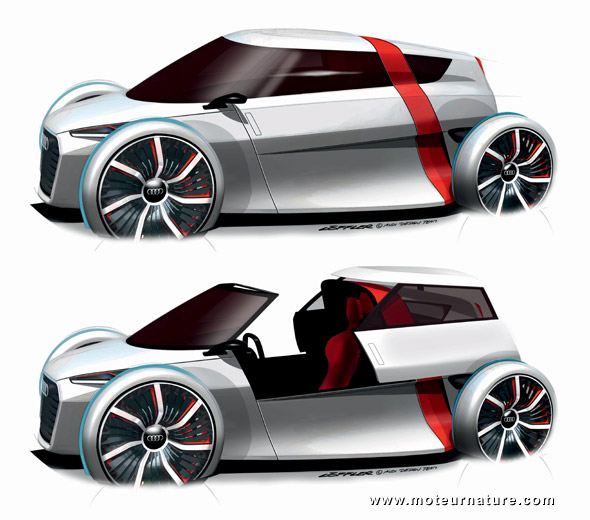 Audi will unveil a brand new concept at the Frankfurt motor show. It won’t be a sleek hi-tech limousine like the A8, a big off-roader like the Q7, or a sharp supercar like the R8. It will be much more mundane, and practical for city use. Audi’s calling it the Urban Concept. It’s a very small zero-emission, electric 2-seater. Quite low to make it sporty, it doesn’t have doors. What it has instead is an upper part of the passenger compartment that can slide backwards.

Driver and passenger do not sit side by side, the passenger is slightly behind, in a staggered arrangement to reduce width, and make the car as narrow as possible for congested city use. 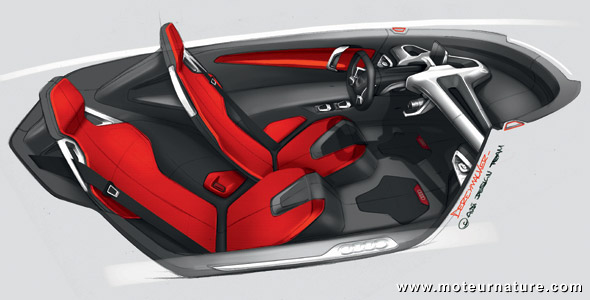 Yet, the most surprising fact about this Urban Concept is that it’s totally different from anything Audi has ever built. Compared to Audi production models, nothing could be further apart than this little Urban Concept.

It uses a lot of carbon fiber reinforced plastic (CFRP) to make it lightweight, but I wonder where it would fit inside an Audi dealership. I’m sure we shouldn’t worry about that before at least 2020.