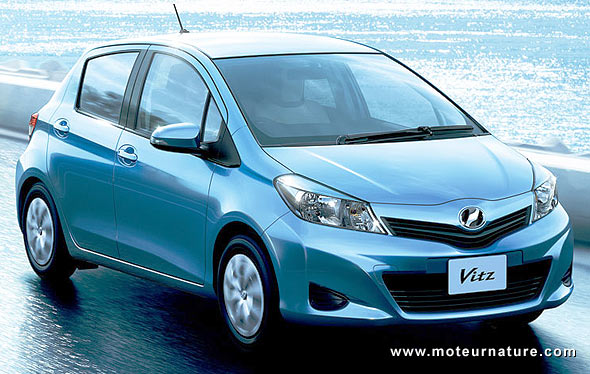 Few cars are world cars. They may be offered in more than 100 countries, but the car will be tailored for each market, sometimes with different body styles or another name. The Toyota Yaris sells often as a four-door sedan in the US, whereas it’s only available as a hatchback in Europe. Same as Japan, where the Yaris has a different name, it’s called the Vitz. A new generation has just been launched there, it will come to Europe and the U.S. in 2011. 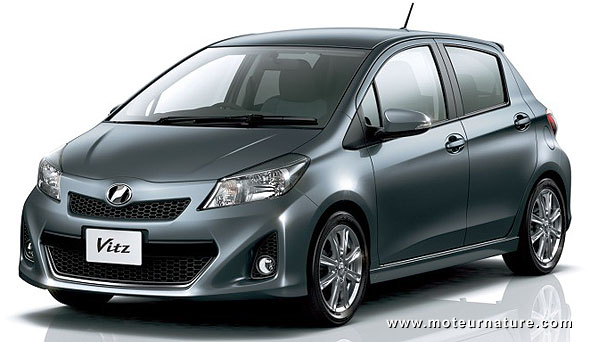 The Japanese Vitz has many specific features, and we can expect things to remain this way but I notice there are several versions. The base Vitz is on top of this page, and the one below is the sporty RS version. 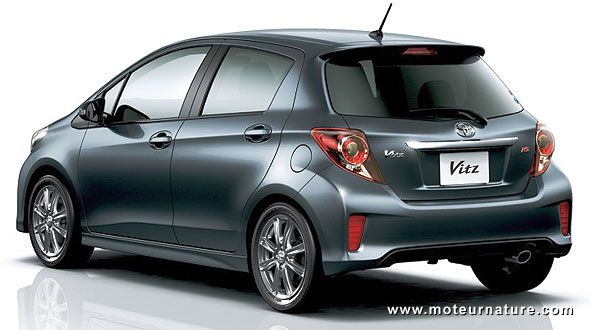 A sporty Yaris is not expected outside Japan, some people would even have trouble to imagine it, but it will be the best Yaris in Japan, with a 1.5-liter engine and a 5-speed manual transmission. All the other cars will get a CVT (continuously variable transmission). Base engine is a 1.0-liter 3-cylinder, next is 1.3-liter, with the 1.5-liter on top of the range. None of these engines are new, they’re carried over from the actual model. There’s also a 4WD option on the 1.3-liter, more a marketing gimmick than a go-anywhere tool, but it’s popular in Japan. It wouldn’t be here. 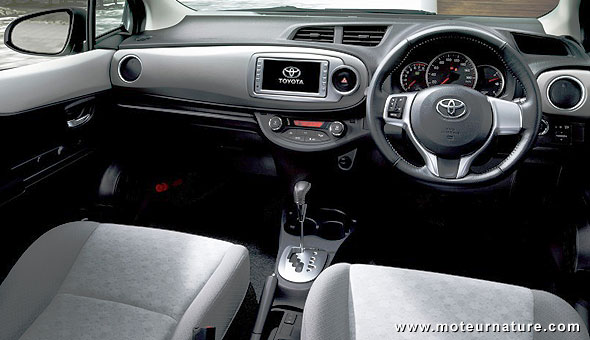 Most efficient Yaris has the 1.3-liter engine with a Stop & Start feature that cuts off the engine each time the car isn’t moving. An hybrid version is expected sometimes in 2012, it will be even better, and may become the most fuel efficient car on the planet, since it’s much lighter than the Prius.