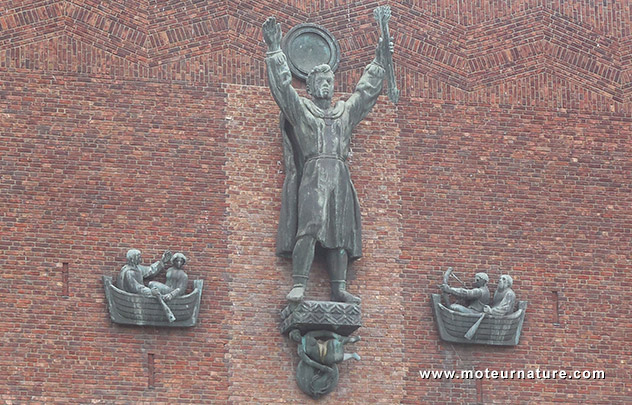 Making forecasts for EV sales is difficult. The margin for error is huge, and many analysts prefer to give two figures, a low and a high, but once again, Norway has beaten the most optimistic figures. There were 1434 new electric cars registered in Norway in November, out of a total of 12079 new cars. That makes a 11.8% market share for EVs!

The best-selling EV was the Tesla Model S with 527 registrations, with the Nissan Leaf very close behind at 512. There’s a surprise with the third best-seller. The Germans have always been good at exports and it shows. Norway is the first country outside Germany where the Volkswagen e-up! is available, and it starts with a bang, with 275 registrations for its second month on the Norwegian market.

This won’t change the climate, and Norway remains one of the coldest country in the world, but it’s definitely the hottest place in the world for EVs. Too bad for Renault which doesn’t sell its Zoé there. There were 288 Renault Zoé sold in France last month. Had it been available in Norway, it would have found more customers there.