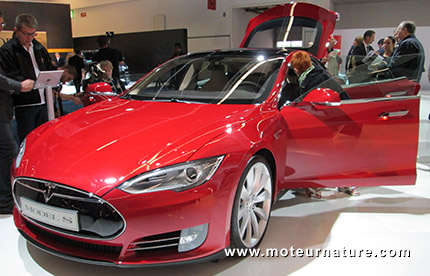 There was a Tesla showroom in Paris, but it was too small, so the Californian company closed it. What nobody understood was that this small showroom was closed in late 2012, and that Tesla waited more than an year to open a new, larger place. After the opening of several outlets in Germany and in Northern Europe, some people were wondering if Tesla remained committed to the French market. We now have an answer. The new establishment is NW of Paris, very close to the Seine river, in Gennevilliers. Tesla calls it a Service Plus.

There may not be many Tesla fans in France (nor electric car fans, Tesla received much more orders in countries from Northern Europe), but they should be feeling better now, and besides the shop opening, there are even better news coming with the installation of several superchargers in France. No details yet, though. Tesla hasn’t revealed how many, nor where they will be, but the company promises to have them in service by the end of the next year.