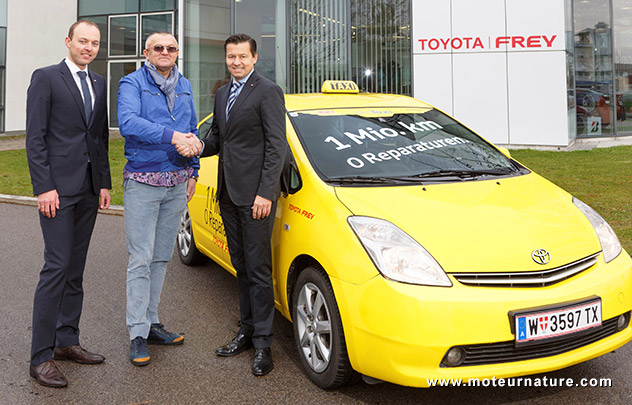 It’s a new cornerstone on the monument of reliability that is the Toyota Prius. A 2007 model, owned by an Austrian taxicab company, has just passed the million kilometers mark (621,371 miles, with several drivers). Without a single repair. Maintenance didn’t ask for anything more than the replacement of normal wear parts like disc brakes.

To someone thinking about becoming a cabbie, it might be worth considering buying a 5-year old Prius over a new car. The owner of the taxi company in Vienna also praised the car’s great fuel economy, and he congratulates Toyota for its high standards.

The video below, in German, introduces this Austrian taxicab company which has a fleet of many hybrids.