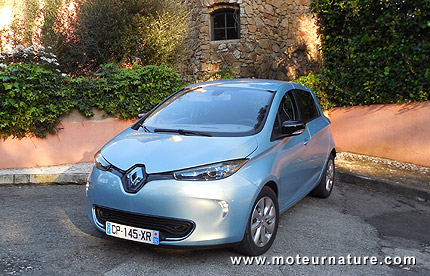 There were 748 new electric Renault Zoe sold in April in France. It was the first full month for the little EV, and everybody expected a rise for the following month, but that didn’t happen. It was quite the opposite. Sales were down to 483 cars in May. It looks like the Zoe in France stands where the Nissan Leaf was in the U.S. in early 2012. Once all the early adopters got their car, demand just slowed. What nobody expected for the Zoe was that demand would slow only a few weeks after the car’s launch.

Economics are bad in France, the overall market is down by more than a tenth, but the Renault Captur, a new compact SUV which was launched nearly at the same time as the Zoe, got a strong start, making 1938 sales in April, and 2660 in May. So there are buyers for exciting new models, but it seems there aren’t many people excited about the electric Zoe in France. The electric Renault Fluence also, has always been a slow seller, and sales of the little Twizy are sharply down too. So it doesn’t look good for Renault’s huge bet on EVs for the court term, but there might be hope in the rest of Europe. The Zoe is launching in Germany this Saturday.