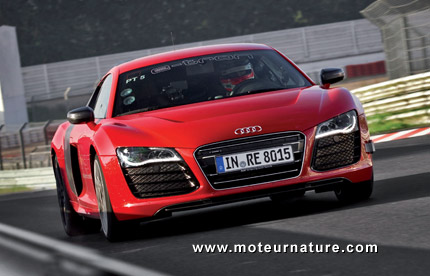 The Audi R8 e-tron, an electric car, was the fastest EV ever at the mighty Nurburgring race track (left picture). Sadly, it won’t ever be built. The little A2 electric concept, which was unveiled at Frankfurt in 2001, won’t have a better fate. This is very real, as the information comes Rupert Stadler himself (Audi’s CEO), in an interview to Auto Motor und Sport, the famous German auto magazine (May, 30th edition). M. Stadler explains there that his company is about to launch a plug-in hybrid version of its A3 compact. A similar set-up will be extended on the whole range, up to the A4, A6, A8 sedans and the Q7 SUV as well. 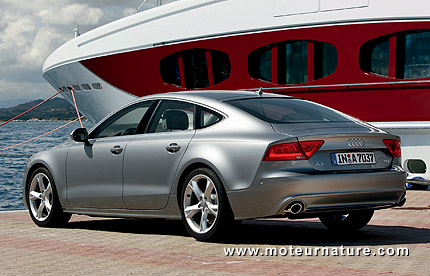 Audi’s CEO says that a plug-in hybrid is a technology more appropriate for premium automobiles. A plug-in hybrid gives long range, even when driving fast, whereas the R8 e-tron, even with a 48.6 kWh battery, couldn’t do two laps at the Nurburgring at racing speed (track is 13 miles long). So unless batteries improve significantly, we won’t see an electric Audi, only plug-in hybrids. But nothing changes at Volkswagen’s, which will launch its E-Up later this year, and the E-Golf, early next year.

Then, there’s a surprise, as we learned reading Autocar that Audi’s working on an electric A7, which will be fueled by a hydrogen fuel cell. It will have much more range than what a battery could offer, but we doubt it will pass the development stage.