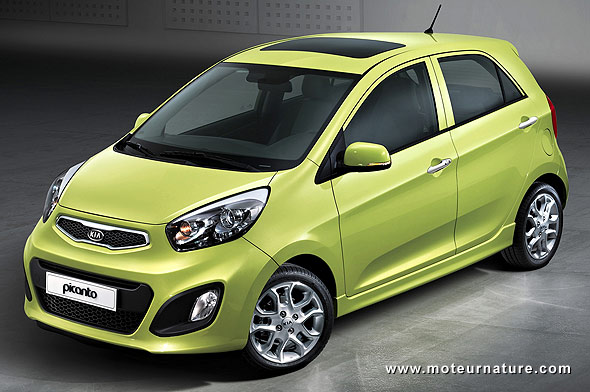 The Kia Picanto is Kia’s smallest model. It sells as the Morning in South Korea, and it’s pretty popular in Europe among budget-minded car-shoppers. But I don’t think anyone has ever bought a Picanto because of its good look. Well, this may change with this new generation. The Korean brand made the headlines a few years ago when it hired a new director of design, Peter Schreyer. One of the most talented German designer, he did wonders at Volkswagen, most notably the Audi TT. Now at Kia, he has totally changed the brand, with sharp designs like in the latest Sportage SUV and Optima sedan. 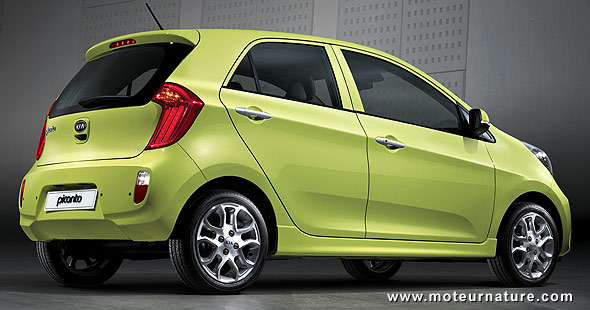 Time has come to redesign Kia’s smallest offering, and Peter Schreyer applied his magic again. The sides of the car are hugely impressive for such an economy car. I hope Kia will not raise its price… The Picanto starts below 8,500 euros in Europe, that would make about $12,000 in America. With a 1.2-liter engine, the Picanto could be a hot contender to the upcoming Chevy Spark.

The new Picanto will be revealed at the Geneva motor show in March.