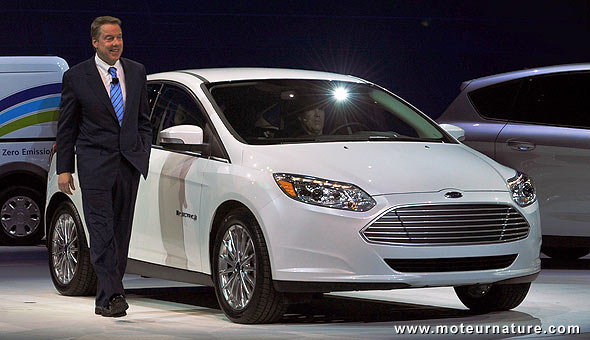 Bill Ford introduced the electric Focus in Detroit. That was expected, but the car came with a surprise, a Ford-branded charging station. It’s actually made by Leviton, and Ford has been very clever in choosing its characteristics to make it better than the Nissan unit for the Leaf.

The Ford charger is a 32-Amp whereas the one from Nissan is only a 16-Amp. That means the electric Ford Focus will recharge twice as fast as a Nissan Leaf! A full charge will take only three to four hours. Best of all the charger is quite affordable at $1,499. That’s not cheap, but that’s less than what many competitors are asking. 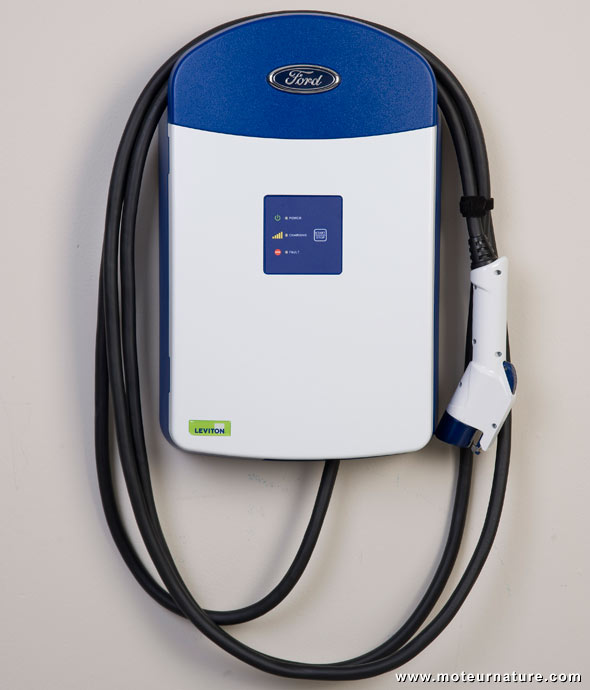 Yet, the $1,499 price is installation included, but you must have a 240-volt 32-Amp outlet already in your garage. If you don’t, it will be more expensive, sometimes much more expensive, and that’s where 16-Amp chargers will be cheaper, because there are less demanding. Still, I bet on the 32-Amp charger on the longer run.

But what I see first is that car manufacturers have found a new way to make money behind electric cars, they will also sell the chargers…