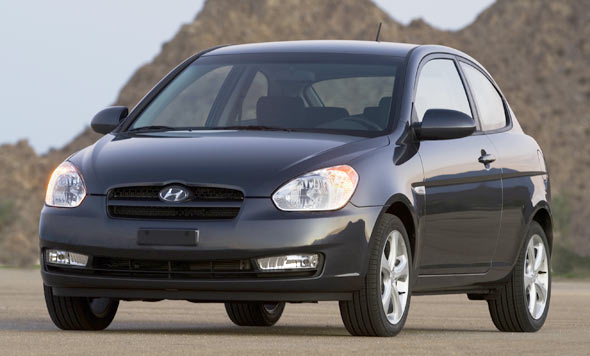 Since 2008 Hyundai has been the most fuel-efficient manufacturer in the USA. So the average Hyundai has better fuel economy than the average Toyota. Fine, but the difference is very small, and Hyundai’s leadership doesn’t mean much actually. We should give more importance to Toyota’s technological lead in hybrids. Which may not last, as Hyundai will have its own Sonata hybrid on the market very soon. Also, Hyundai just announced plans to achieve a corporate average fuel economy (CAFE) rating of at least 50 miles per gallon (MPG) by 2025 for its lineup of passenger cars and light duty trucks.

We note that in the same time Hyundai plans to move upmarket. We knew Hyundai as a manufacturer of cheap small cars, like the Accent (pictured above), but the Sonata is a very competitive family sedan, and the Koreans are about to launch the Equus (pictured below), a very high end luxury car. 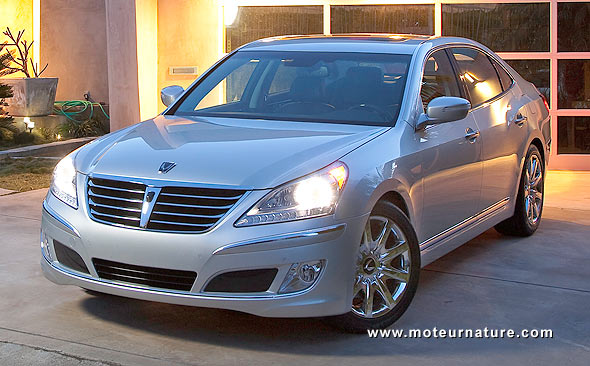 Getting to 50 MPG seems like a huge leap to many people, but is it really? The Toyota Prius gets 50 MPG today. So 15 years from now, the average Hyundai will be as good as a Prius today. This is nice, but certainly not impressive. Trucks are the biggest gas-guzzlers, Hyundai doesn’t even make one. And if 50 MPG sounds like a magic number to many Americans, it’s already a quite current number in Europe.

Fiat will very probably get an average 50 MPG for its European range in 2015. Of course, Europe has a big advantage, Europe has diesel. It’s also a bit difficult to compare because the methods to measure fuel economy are different between Europe and the US. But the the European Union has fixed an objective (not a law yet) of a 95 g/km average CO2 emissions by 2020. That’s about 57 MPG by US standards.

We will have to wait for Hyundai’s European objectives for 2025, but as a French, Hyundai’s commitment of 50 MPG by 2025 in the US, doesn’t impress me at all. It’s not enough!