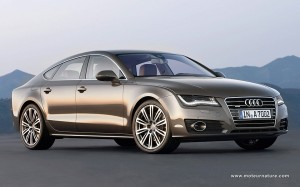 Sportback says Audi. It was fastback in the sixties, but whatever the name, it means a sedan with a very smooth ending roofline. 196 inches long, and 75 inches wide, the new Audi A7 is a spacious sedan with superb looks, but it’s a four-seater. Audi says there’s more than enough headroom in the back, but the back seat is built for two people only. Pretty much like the Volkswagen Passat CC. A premium car, the equipment is luxurious, with an electrically operated hatch. Bi-xenon headlights are standard, with full LEDs lightning available at extra cost. 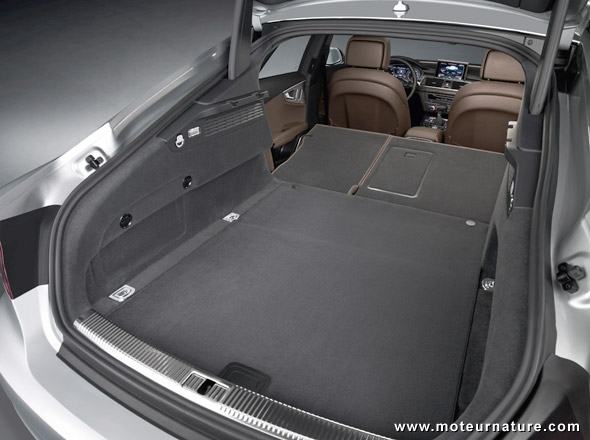 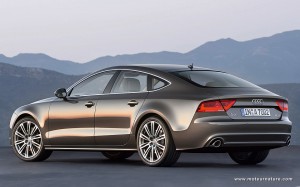 Under the hood, all engines are V6s and surprinsigly for a european car, they’re only available with automatic transmissions. The choice is between 2-diesels (204 and 245-hp) and 2-gasoline engines (204 and 300-hp). The lesser engines drive the front wheels, sending their power via a CVT, Audi’s famous Multitronic transmission, while the stronger engines go with a four-wheel drive set-up, and the S-Tronic 7-speed automatic. On the european tests, which are less stringent than the EPA ones, the 300-hp Audi A7 gets 28 MPG, while the least powerful diesel (204-hp) gets a remarkable 44-MPG!

Who would have guessed that a car looking this good could be as sober at the pump?

One thought on “Audi A7, the greenest luxury fastback ever”