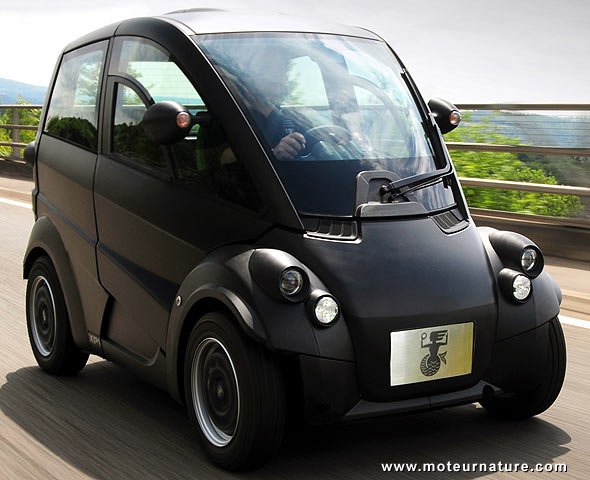 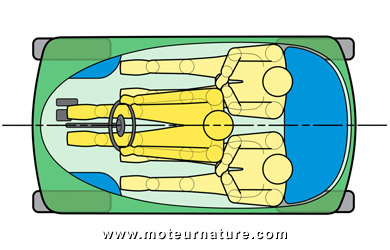 1988 was a very special year for Formula 1 racing. One team, McLaren stole the show. Out of 16-races, McLaren cars won 15, and Ayrton Senna got its first driver’s championship. McLaren would keep on that winning spree for 3-more years, and over the period 1988-91 the McLaren team won four consecutive constructors’ and drivers’ championships. Gordon Murray was the technical director of the team, and he got very famous! Again with McLaren, the south-african engineer later turned its talent to road cars, designing a car that was so fast, it was called F1. 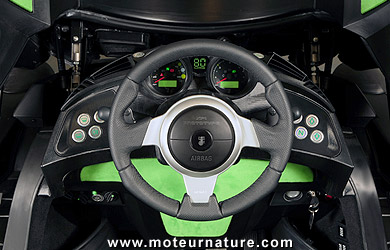 There were much less news from Gordon Murray recently. What was known was that he was working on a revolutionary city car. A car that would be fantastically efficient, but still pretty fun to drive. If one man could do it, Gordon Murray could, and here is that car. It’s a 3-seater, with the driver in front, and 2-passengers behind him. It’s called the T25, and that car is 94-inches long. You’ve never seen anything this small. With a 51-inches width, your bed might be larger! But wait, the T25 is a real car. 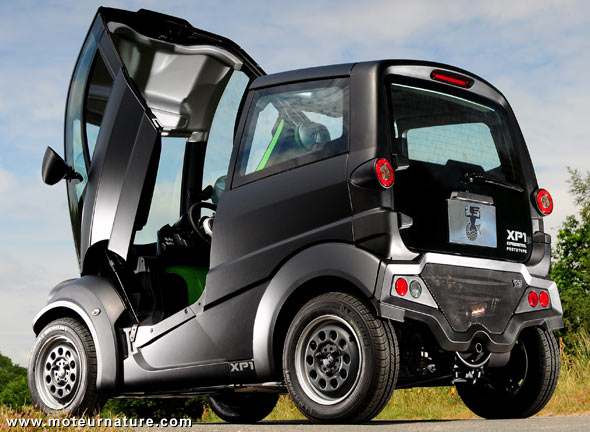 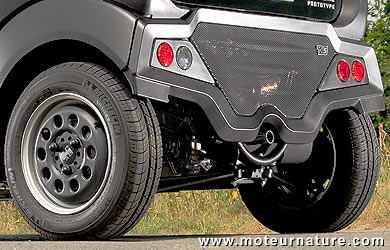 The T25 has ABS brakes, ESP, airbags, it meets all safety regulations everywhere, and it’s got air conditioning inside with a driver-centric dashboard, and all the information you expect from a sports car. The engine is at the best place possible, between the rear wheels. It’s a small japanese 3-cylinder delivering 51-hp. With the car weighing less than 1300-pounds, it will do the job, giving a top speed of 90-mph. Much enough for a city car, and who is against 70-MPG?

On small and congested european big cities, a vehicle like this T25 makes a lot of sense, and several companies are working on a similar project. This one from Gordon Murray is the smartest so far. We can only hope the T25 will find the industrial backers it needs. Ths Smart Fortwo is already successful, but we could absolutely enjoy to see a more efficient (and more compact!) competitor.