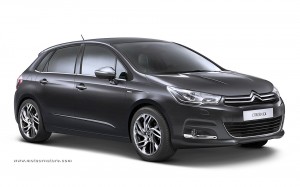 Citroen makes good cars, unfortunately american people can’t buy them. With the euro going down, maybe the french manufacturer will think again about exporting its products to the United States. It could bring the models shown on this page. The gray one, the hatchback, is the C4. It’s a brand new car, that will be launched in Europe this fall. It’s a little bigger than a Volkswagen Golf. The larger car, in silver, is the C5, and it’s been selling well all over Europe since it debuted 18 months ago. Something new will arrive on both cars late this year, a Stop & Start system. It’s basically a device that switch off the engine when the car is brought to a complete stop. Most often, it works with a manual transmission, with the car being on neutral, and the driver’s foot of the clutch. (You may not be aware of it, but stick shift are still the norm in Europe. 9 out of 10 cars come with a stick.) 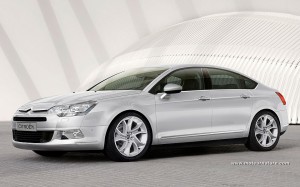 Working with Valeo, a large supplier to the automotive industry, which was already the provider of the first generation of Stop & Start systems, engineers from Citroen (and Peugeot, its sister brand) developed a better version. The new Stop & Start will have the ability to work with the car rolling below 20-kph (13-mph). So you’re driving your car with a manual transmission, you see a red light in front of you, you brake and at the same time you put your car into neutral. When your speed’s below 13-mph, the engine is automatically cut off. When the light gets green. You press the clutch and switch to first gear, and by the time you depress the clutch, engine has restarted without any driver intervention, you’re ready to go. The manufacturer says that in heavy city traffic, this system, which goes by the name of e-HDI reduces fuel consumption by 15%.

One unfortunate fact is that this system has been tailored to work with HDI engines, which are diesel. It’s not available with a gas engine. But hey, diesels are more efficient, and with this system, they will be even more so. European drivers will agree. Citroen and Peugeot estimate than in 2012, 30% of their diesels will be e-HDI.