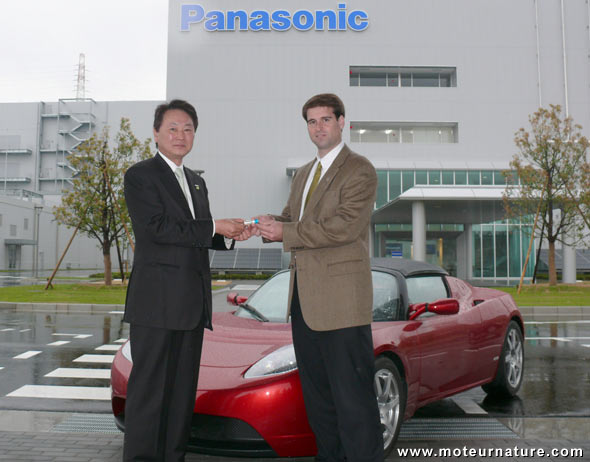 JB Straubel, chief technology officer of Tesla Motors, was in Japan to visit the Panasonic factory that will manufacture the lithium-ion cells with the highest energy density in the world. They are the same size as the batteries used by today’s roadster, but they are better with a capacity of 11.2-Wh for a 44,5-g weight. If you imagine 5000 of them, that would make a pack with a rated capacity of 56-kWh weighing 222.5-kg (491-pounds). Of course, that is minus all the wiring, connections, battery management system and cooling. Mass produced, these cells are the same used by most laptops, and Panasonic intends to make more than 300 millions each year. 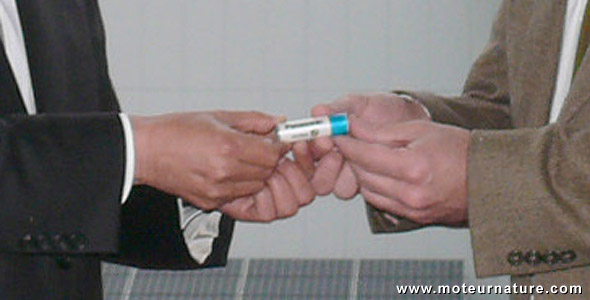 Most manufacturers are looking into the development of larger cells, that would make it easier to put together a large pack, but it seems Tesla Motors doesn’t. Actually, its ability to assemble, and exploit, the energy of thousands of small cells is probably its biggest talent. But the rest of the world is waiting for larger cells with the same energy density.