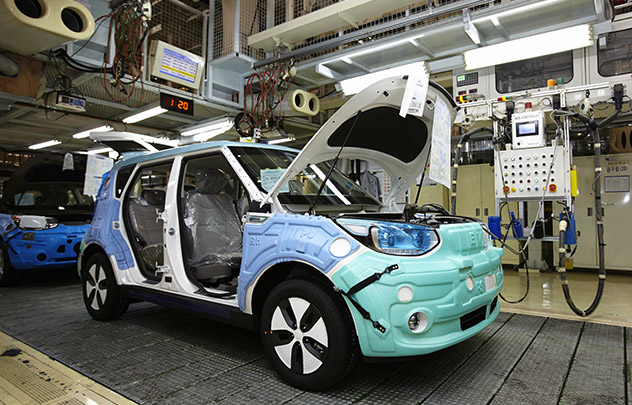 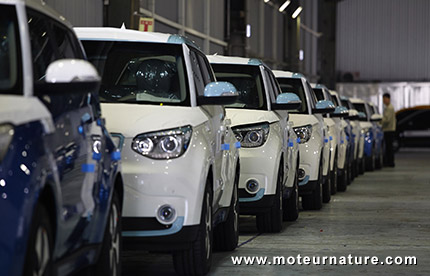 This might be the Nissan Leaf’ strongest competitor, the electric version of the Kia Soul. It just entered production in South Korea, and it’s expected to arrive in export markets during the fall. It promises a lot because it has the largest battery of the market, this side of Tesla Model S: 27 kWh. Official European testing methods should give it a 131 miles rating, that’s one mile more than a Renault Zoé.

Performance should be adequate with a 81.4 kW motor, allowing the 0 to 62 mph acceleration to be accomplished in 11.2 seconds. This is no sports car territory, but for a city runabout like the Soul, it will be enough. The only remaining question is about the price. Kia has been known for aggressive pricing. Let’s hope the Korean brand will stick to this formula for its first EV.