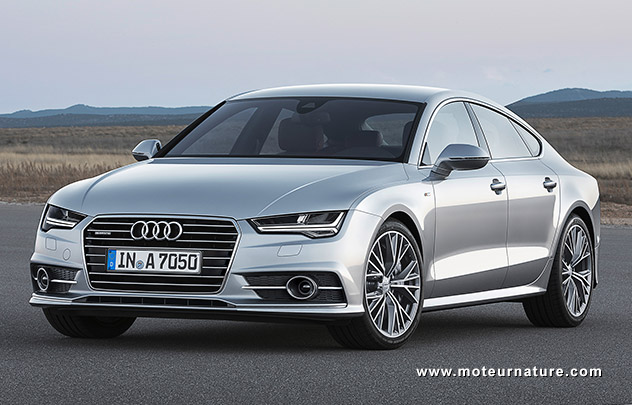 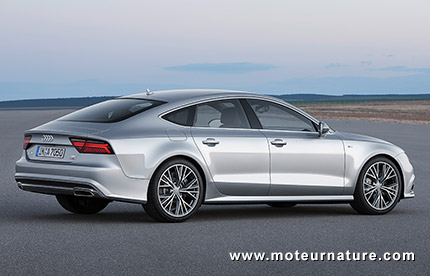 50 mpg cars? We used to know them as boring econo-sedans, the smallest of the lightest models. Then came the Prius, the first econo-car to offer decent family transportation, and here comes the Audi A7 TDI ultra. At least in Europe. The A7 is without any doubt one of the sexiest luxury sports sedan on the market. It’s receiving a mild mid-life update, and besides the new all-LED lights, there are highly optimized diesels under the hood.

The most frugal A7 comes with the ultra moniker, and it’s powered by a 3-liter TDI V6 making 218-hp. It doesn’t sound like much for a high-end sports sedan like the A7, but it’s low-end torque which matters on a diesel, and the V6 TDI has gobs of it. It enables the A7 to keep its engine at its most efficient revs, and the official fuel economy figures confirm this: 50 mpg combined. OK, the official European fuel economy testing methods are quite lenient, and real world figures may be as much as 15% worse, but even 40 mpg would be excellent for a car this class.

The new Audi A7 ultra will be available this autumn, with four or five passenger seating, for about €60,000 all taxes included ($81,000). No word yet about its availability outside Europe.