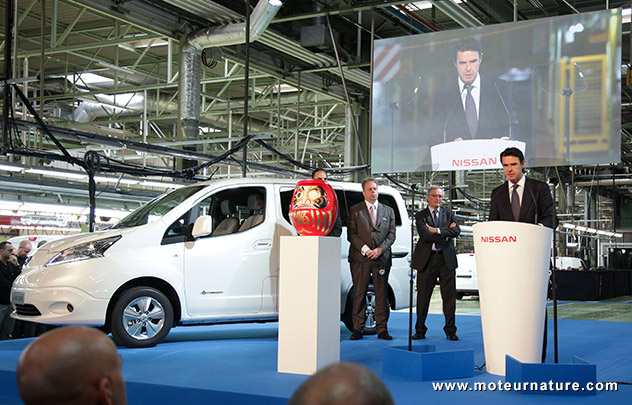 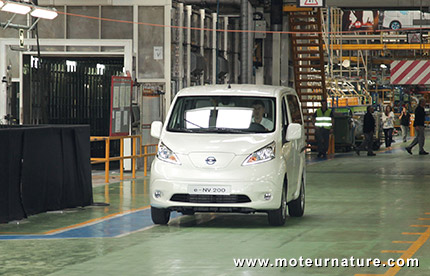 Nissan has started regular production of its e-NV200 electric van. This was long expected, as we’ve already seen it many times at different shows all over the world. The only surprise is in the factory’s location. Unlike the Leaf, the world’s best selling electric car, which is built in three different countries, in Japan, in the U.K. and in Tennessee, the electric version of the NV200 will be manufactured in a single factory, in Barcelona.

That should not prevent Nissan to sell its new model all over the world. Twenty countries are already on the map, including Japan. Several European cars are available in Japan, most often German sedans, but we believe this is the first time a Spanish vehicle will be regularly offered on the Japanese market. Spaniards shall be proud, and hope this is only a beginning.

The e-NV200 is available as a passenger van (with windows) or as a utility vehicle, it shares its motor and battery with the Leaf.