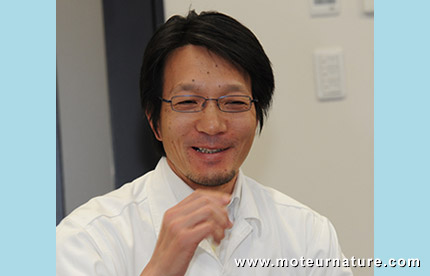 Efficiency of internal combustion engines (ICE) is still lagging behind electric motors. The best gasoline engines are about 35% efficient, and only a few diesels are above 40%. The Japanese car manufacturers are working on hybrid tech, and fuel cells, to get beyond that, but they can’t ignore that regular ICEs will keep on making most of the market for the years to come. This means there’s a huge need to make them better, and that lead to the idea of working together.

This is quite new. The Japanese carmakers aren’t like that. They compete against each other. They’re not used to collaborate with each other, but with the goal of making engines more efficient, they will. Honda, Toyota, Nissan, Suzuki, Mazda, Mitsubishi, Daihatsu, and Fuji Heavy Industries (Subaru), all working together with the help of two universities. The plan is a 30% reduction in CO2 emission by 2020, compared to engines in 2010.

Their alliance is called AICE (Automotive Internal Combustion Engines), its leader will be Keiji Otsu (illustration), Honda’s General Manager of the Gasoline Engine Technology Development Division. Initial budget is about $6.5 million per year, the goal is to get to 50% efficiency by 2020. For gasoline and diesel engines as well.