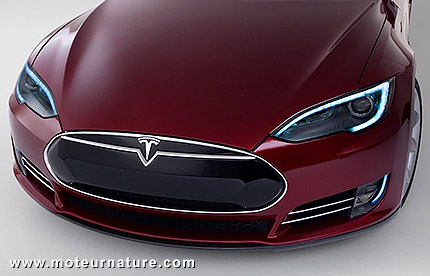 It’s only a rumor, and there’s not much to back it up: Apple could buy Tesla Motors. Executives from both companies met last year, but Elon Musk, Tesla’s CEO, if he confirmed the talks, didn’t say a word about their content. Many investors will dream of a fusion to get the stocks even higher (and make a hefty profit), but a take-over is highly unlikely. Elon Musk says it, and so should Apple for the non exhaustive list of reasons I’ve compiled below.

— Apple is not known for doing take-overs
Some companies do that a lot. It’s just part of their growth plans, but Apple isn’t like that. It had many opportunities in the past when it entered the consumer electronics business. Many people had thought Apple would buy a mobile phone manufacturer, but that never happened.

— Apple is not a manufacturing company
The world knows Apple for its products. Computers or smartphones, they’re all Apple-branded, because Apple designed them, and wrote the software that enables them to work, but most of the manufacturing part is outsourced to suppliers. Contract manufacturers are doing everything, while Tesla Motors is a real manufacturing company, stamping metal, and doing all the heavy work. Apple may, or may not enter the car business, but that’s no reason to change its business methods. There are plenty of factories willing to do contract manufacturing in the car industry.

— Apple doesn’t do any manufacturing in America
Tesla Motors has a factory in California, Apple doesn’t have any in the entire country. It doesn’t even have any supplier in America! Most Apple products and their components are built in China, and Apple has absolutely zero plan to change that.

— Tesla Motors remains a small and inexperienced company
If Apple decided to enter the car business, and chose to do so with a partner, the logical choice would be to do it with a company which has decades of experience in the car industry. A partner with large underused factories like there are several in Europe. Tesla started building cars barely two years ago, and it built less than 25,000 last year, so it’s very far from being a major player, like Apple is in all the markets where it competes.

— Tesla Motors doesn’t look like a good deal, right now
The market capitalization of Tesla Motors is more than ten times its gross annual income. This is just not normal. There are too many dreamers here. A car manufacturer cannot have the same growth rate as a software editor. Manufacturing thousands of cars require huge factories, and hundreds of skilled workers. It would be a huge accomplishment if Tesla increases its income by 50% this year, and people thinking about a take-over would better wait till the market cools down.

More than that, the real question should be why Apple would need Tesla? Electric motors are well known, and thousands of engineers have experience working on them. The greatest know-how of Tesla is assuredly in battery management systems. It is the only car maker in the world to build packs with thousands of little cells, but that technology was pioneered by AC Propulsion more than ten years ago, and Apple could buy AC Propulsion for a fraction of what it could pay to get hold of Tesla. Additionally, since Apple sells several millions of battery electric products every year, it’s a safe guess that it already knows quite a lot about the subject already. Enthusiasts will note that like a Tesla Model S, a laptop from Apple is a leading product with the longest autonomy unplugged. Considering all that, I fail to see why Apple would need Tesla.

Please, leave a comment below if you see a compelling reason for Apple to buy Tesla.