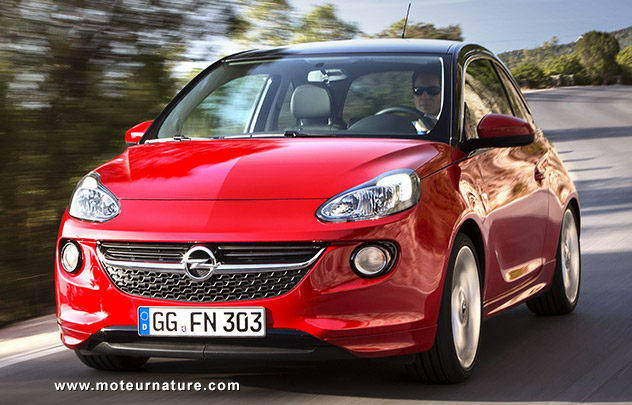 There was a paradox with the Opel Adam. The car’s looking modern and cool but its engines were not at the same level, and its fuel economy wasn’t as good as the class leaders. The new downsized, turbocharged 3-cylinder changes all that. This 1.0 liter ECOTEC Direct Injection Turbo makes 115 hp and 122 lb-ft of torque at a very low 1800 rpm. That’s better than an average 1.6-liter, but more than power, Opel says it is refinement which is its new engine’ strongest asset. Three cylinders engines are badly known for their rough behavior, but Opel’s engineers worked extra hours to correct that.

They added a balance shaft in the oil sump to offset the inherent vibrations of a three cylinder operation, and they carefully isolated the high-pressure fuel rail and injectors from the cylinder head to minimize the transmission of pulsing, while both the fuel pump and fuel line are acoustically treated. This is pretty impressive work for such a small engine. Clearly, it wasn’t done on a budget, but motorists who are on one will appreciate the 54.5 mpg rating (combined). 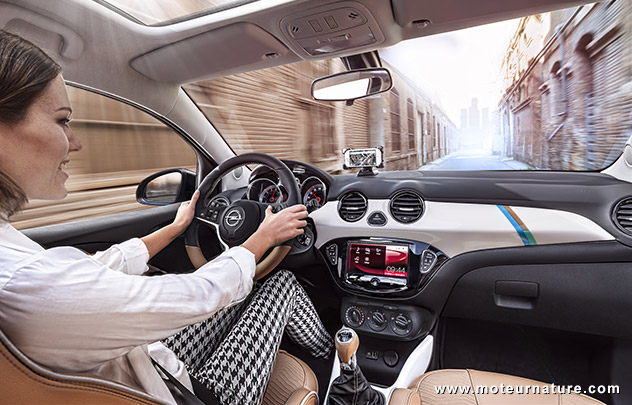 This great figure comes for the most part from this new high tech engine, which comes standard with a Stop&Start system, but also from a new 6-speed gearbox that is an astonishing 37% lighter than the one it replaces. This new transmission weighs only 81 pounds! The Opel Adam had always been a nice looking city car, but it was a bit slow and only getting average fuel economy. It’s now leading its segment. Too bad the Adam isn’t sold in America.