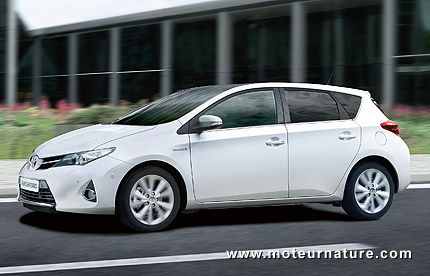 The French government hasn’t done many things right recently, but the bonus-malus system for greener cars was a great idea when it launched. It’s a penalty and reward system, making buyers of a fuel-thirsty car pay a tax, while those choosing a efficient model will get an instant cash incentive. Theoretically, the system shouldn’t cost anything to the country’s finances as buyers of gas-guzzlers should compensate for incentives given to EV drivers, but every year, the government’s is wrong in his forecasts. So the system is revised one more time, and it has never been harsher. Now is not a good time to buy a car with a big engine in France. For the first time ever, the strongest penalty is more expensive than the largest incentive.

EV buyers will get a €6,300 cash incentive ($8,498), while any car that has a 27 mpg combined rating*, or lower, will command a €8,000 tax ($10,791). There are several levels in between those two extremes (all details on our French edition), but it’s clearly more stick than carrots, and the French people have already responded. Big car sales have fallen dramatically those past few years, and they will fell even further next year. The real drama is that the electric car sales are still far from where there were expected to be. Their market share remain below 1% and so far, it’s small gas and diesel cars which are seeing the biggest gains.

This situation may not change much because sadly, the new rules are hard to read. For hybrid cars with a fuel economy rating of 50 mpg or above*, the rule is that the incentive shall be 8.25% of the price of the car (VAT included), but no less than €1,650 and no more than €3,300. For EVs, the rule says that the €6,300 incentive shall not represent more than 27% of the car’s price (VAT included). Just another proof that technocrats don’t know anything about marketing. Car salesmen will dream of a simpler system with, by example, a €1,000 incentive for hybrids, €3,000 for plug-in hybrids and €5,000 for EVs. What they will get instead is a €1,650 incentive for the hybrid Toyota Yaris, €2,244 for the Toyota Auris hybrid (our illustration), and €2,726 for a top level Prius, while a true EV like the Renault Zoe gets €6,300.

*French regulation stipulates CO2 emissions in gram per km. Values have been rounded out in U.S. mpg for the purpose of this article.