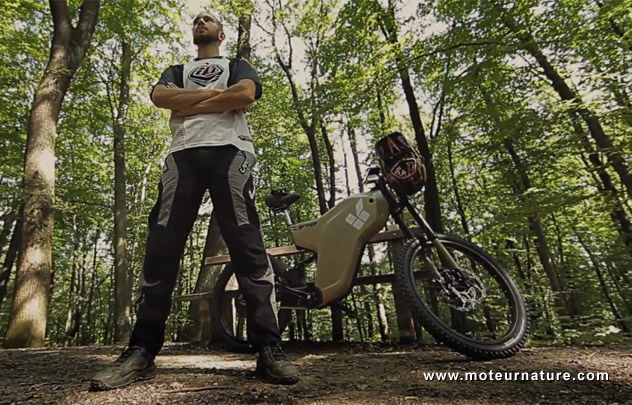 Rimac Automobili, the little Croatian company, gained international stardom when it introduced the Concept One, the world’s fastest electric car. With supercar pricing, few people will ever be able to get their hands on one, so the company is introducing something more affordable. It has only two wheels, it’s an electric bike. In line with the Concept One, this Greyp G12 is probably the fastest, and most powerful e-bike on the market. There’s a trick, though.

European regulations require that e-bikes do not make more than 250 watts. This e-bike designed by Rimac is officially compliant, but it comes with a Power mode, for off-road use, which ups its power to 12 kW. We are not very sure this is legal, but 250 watts is clearly not enough for a bike. European regulators should know that the average kitchen mixer has more than 500 watts. In America, the maximum power allowed for an e-bike is 750 watts.

To power this strong motor, everything is high end on the Greyp G12. It has an in-wheel motor, and a 1.3 kWh battery (just like in a Prius) with highly-regarded A123 cells. Then, the battery management system checks each cell 100 times per second. This is unheard of on a bike. The best part is probably in the low weight, with only 108 lbs. Max speed in 15 mph in normal mode, and 40 mph in off-road mode, while range is advertised at 74 miles. The Greyp G12 costs €6,000 ($7,873), and that’s in line with the specifications. There are some more expensive bikes with lower specs on the market. First deliveries are expected next month, it’s time to get in line to order one.