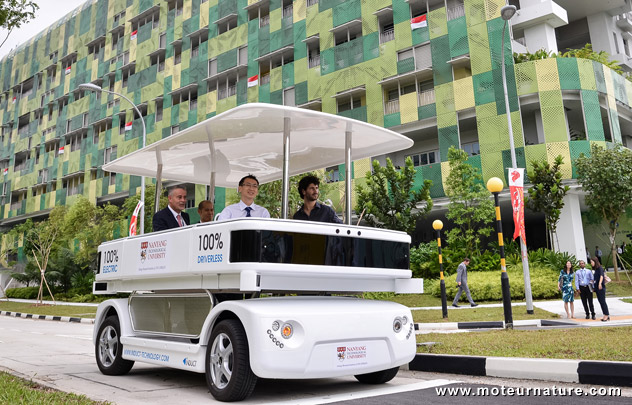 It’s doubtful there are many French cars driving around in Singapore, but here’s one that is sure to get noticed everywhere it goes. Some people may not see it as a car though. The Induct Navia is a bit more like an automated train system, except that it doesn’t need rails. Like an automated train, the Induct Navia is zero emission thanks to its electric propulsion, and it’s also driverless.

This is autonomous driving, but not on public roads. The Navia is built in SW Paris as a mobility service on a set course, and this first model will be used inside a campus. Top speed is 13 mph, with up to eight passengers aboard. This is still experimental, and even while in regular service, the Navia will test several batteries and charging systems. Several city planners say these vehicles will be common place in the future.