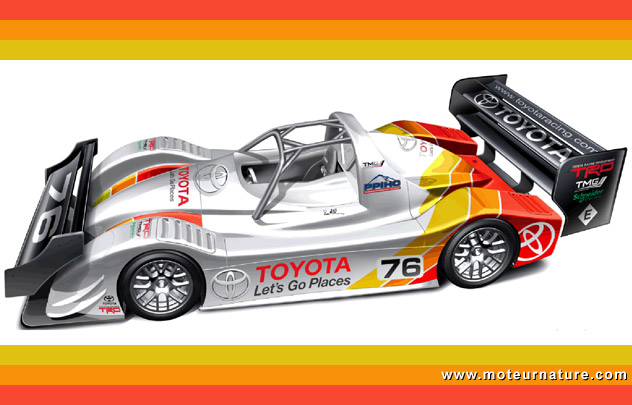 This is the fastest road and track electric car in the world. The Toyota TMG EV P002 currently holds two impressive records. It’s the fastest EV on the Nurburgring, and on the Pikes Peak rally. Its best time was 7’22″329 on the German race track, and 10’15″380 on the American mountain road. It will try to be even faster this year, starting in America.

The Toyota TMG EV P002 makes a bit more power, with its two motors now putting out 400 kW (536 hp) and a massive 885 lbs-ft of torque. Quite surprisingly for electric motors, maximum engine speed is only 6000 RPM. We shall also note that a lot of work has been done on the aerodynamics, with a huge front wing to help generate downforce.

Battery is an intriguing 42 kWh lithium-ceramic pack, but sadly Toyota doesn’t reveal the weight of its race car. What we know is that this TMG EV P002 is a small car: length is 4.1 m, width is 1.79 m and height only 1.04 m.

The Pikes Peak rally takes place on the June 30. We expect the Toyota TMG EV P002 to come back to Europe before the end of summer to attempt to set another record at the Nurburgring.