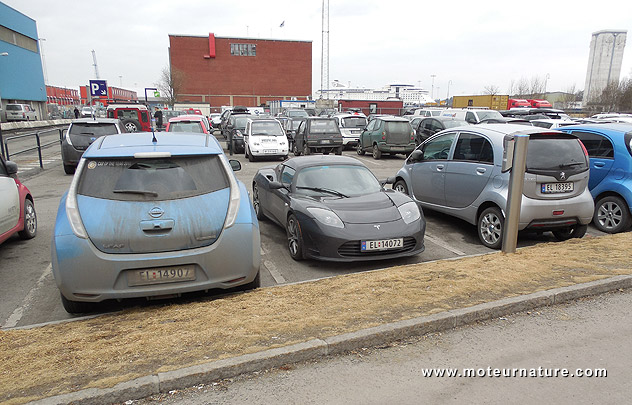 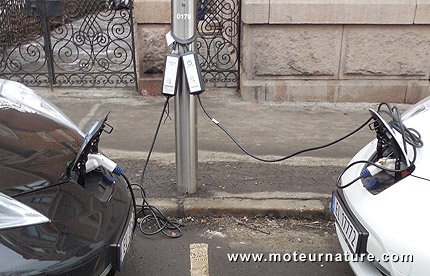 Thanks to Nissan, I was offered the opportunity to travel to Norway a few weeks ago. That enabled me to check the country’s green credentials. Norway is known as a leader in electric mobility, but I’ve discovered it as a quiet and peaceful country. The picture above was taken in Oslo, Norway’s capital and largest city. There are some street chargers, and EV drivers can use them freely, without worrying that someone could come up, and try to steal or vandalize the cable. Coming from France, I felt sad that there are many cities where doing this would not be advisable. 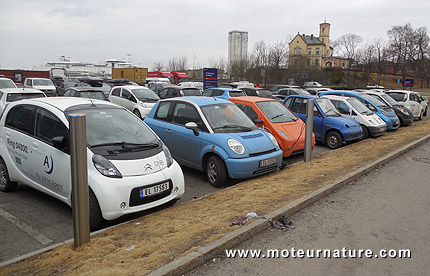 There are about 3500 parking spots with charging facilities in the whole country (65 fast chargers), and all provide free electricity. It’s the financial terms of the equation that make owning an EV so appealing in Norway. Electric cars are exempt of VAT (the European equivalent of the American sales tax), and that matters since the rate is 25%. EVs are also exempt from the expensive annual road tax, they don’t pay Oslo’s congestion charge, and they have nothing to pay on toll roads, or on ferries, which are widely used in Norway because of its many fjords. 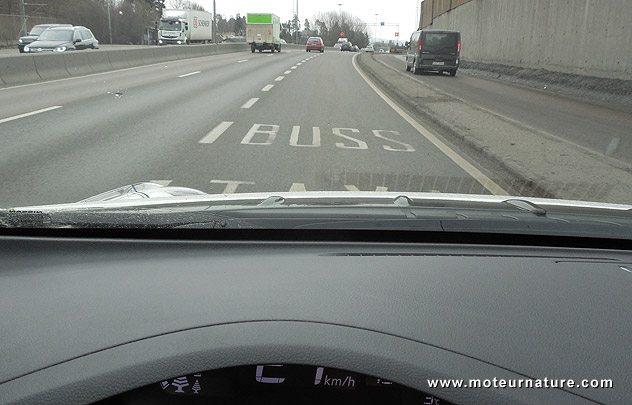 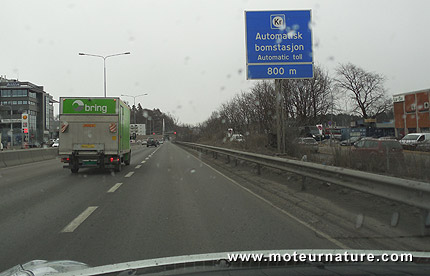 Electric cars are also authorized to travel on the bus lanes like taxis, and all that makes a very enticing package. In April 2013, there were 13,988 new cars registered in Norway, and 494 were electrics. That’s a 3.5% market share for EVs, the highest in the world by far. It’s also a big increase, since there were only 260 EVs registered that same month last year, for a 2.4% market share. So Norway’s leading, and it’s also increasing its lead, but for how long? Allowing EVs on bus lanes, by example, only work if there’s a small number of them. Free electricity then isn’t much sustainable, even in a country incredibly rich with renewable energy (hydro power) like Norway.

Yet, thanks to oil revenues, Norway’s a rich country which can afford to subsidize EV sales, and no other European country can match its incentives. For this reason alone, Norway will stay as an EV paradise in a gas and diesel world. Still, what makes owning an EV so nice in Norway is because it’s an awful country to own a gas car. Or to start a business, or to think differently from the mass. Norway is a socialist country with a super heavy tax burden and regulations on everything. The almighty government has chosen to make it a nice place to own an EV, but it has a huge lot to do if it wants to make it a nice place to live.