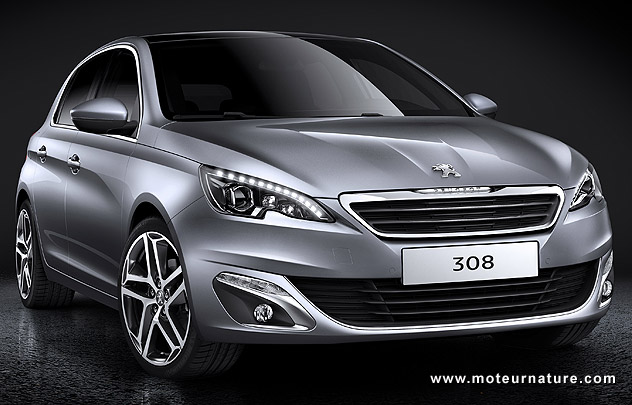 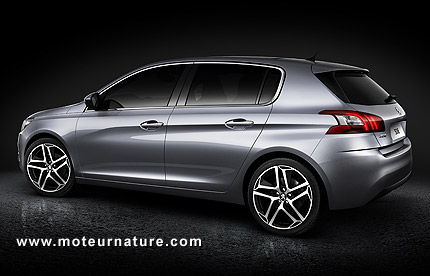 The compact car segment is the most important in Europe. This is where the Honda Civic, the Volkswagen Golf and the Ford Focus are fighting. The Golf is the segment leader by far, and it has been very carefully designed not to displease anyone. Technical innovations are fine though, and this new 308, which keeps the same name as its predecessor, begins life with a new platform. Called EMP2, it’s lighter by up to 300 lb on some versions, and it’s also promising better roadholding with a lower center of gravity. But the new 308 also brings design innovations, and that was much less expected.

The front fascia differentiates itself from its forebear much more than the Golf VII does from the Golf VI. And it looks nice too. It seems that Peugeot’s deigners have finally got it right. It’s clean and it should endure time much better than past models. Dimensions are truly compact, and when some cars tend to grow larger after each redesign, the Peugeot 308’s length is a modest 4.25 m (less than 14 feet). But trunk space is surprisingly good: at 17 cubic feet, the 308 will lead its segment. But the big surprise is inside, where Peugeot made again the choice of a small steering wheel with the gauge cluster high above. 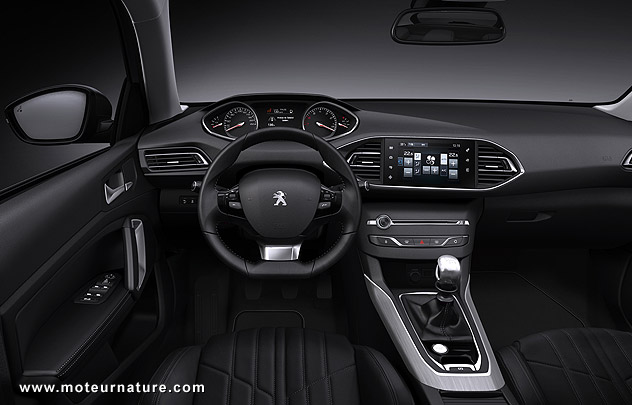 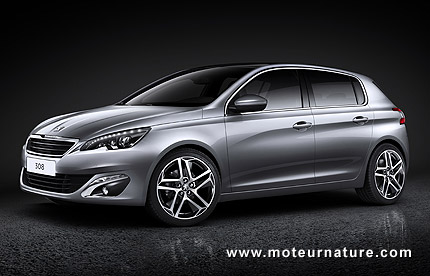 Just like the 208, its smaller brother. We wonder if all future Peugeot models will adopt the same layout? Some people didn’t like it in the 208, but we guess Peugeot thinks it makes driving more playful. Another surprise is the choice of a touch screen for many commands. This is a 9.6′ screen, and the driver will have no other choice but to use it to set the climate controls. What about people who don’t like touchscreens? Peugeot is taking a risk here, but it doesn’t take any regarding engines. There won’t be anything new in the short term. The current gas and diesel fours will be slightly updated for lower emissions, but don’t expect a plug-in version. Actually, it might not need one. Peugeot’s latest diesels are already very efficient, and with the best Stop & Start system on the market (from Valeo), the most frugal 308 could have a lower fuel consumption than its strongest rival, the Volkswagen Golf BlueMotion. It would be a significant victory for the French brand.

With its clean and modern look, few buyers will demand anything more, providing they are satisfied with the small steering wheel and the touchscreen.