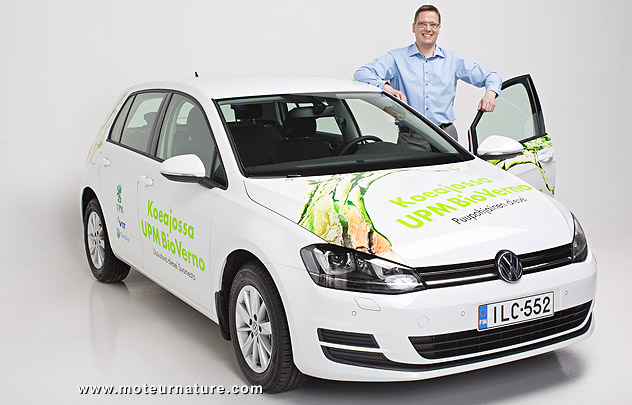 Running on vegetable oil was once fashionable but it’s hardly doable anymore with today’s diesels. High pressure common rail systems require very high quality fuel, and even biodiesel can’t be used. Only a small proportion is acceptable. So the world was waiting for a sophisticated new biodiesel, and here’s one coming from Finland. Invented by UPM, it’s called BioVerno. UPM has partnered with Volkswagen to test it in a Golf, the 2013 European car of the year. Chosen engine is the 1.6 liter TDI.

The main asset of BioVerno is that its production doesn’t interfere with food crops. This new biodiesel is entirely made out of wood and residues from the wood industry. Actually, the technology has been known for a while. BioVerno is an evolution of “tall oil” or “black liquor”, but BioVerno’s better because it can used 100% pure in a modern diesel car. 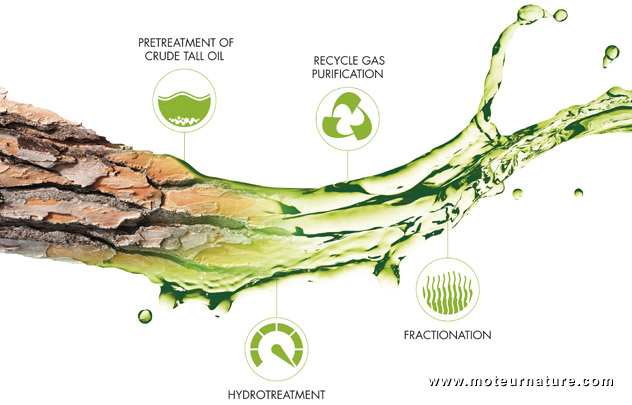 UPM plans to build a new factory to produce 100,000 tons of BioVerno a year, that’s about 120,000 liter of automotive fuel. This new factory will be built in Lappeenranta, Finland, with production scheduled to begin next year.